Cutting herbicide applications by around 77% and fertiliser by 15%

June 2022 - Small Robot Company (SRC), a British agritech start-up for sustainable farming, today announced the launch of its commercial Per Plant Farming robot services. Pilot trials this season have revealed herbicide applications can be cut by around 77% and fertiliser by 15%. As Britain’s first fully autonomous crop-scanning service, it will roll out from this autumn to about 50 farms over the 2022-2023 growing season.

The service will optimise existing sprayer equipment to reduce costs and inputs, using Per Plant Intelligence from SRC’s Tom monitoring robot to treat only the problem areas. The service enables farmers to assess weed density information for no spray decisions, and to reduce herbicide use by around 77% at a conservative estimate, depending on weed density and distribution. Farmers can also assess crop health and performance to cut fertiliser costs by around 15% and optimise crop nutrition. The potential is for far greater savings. 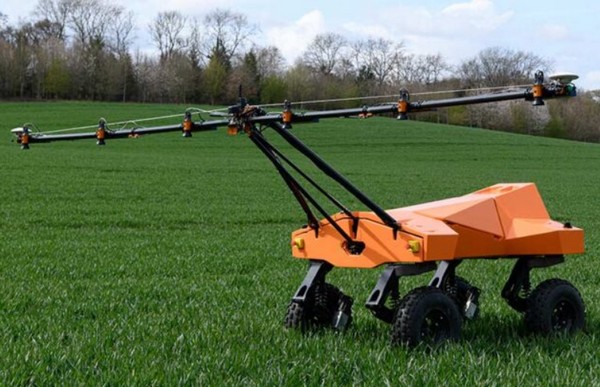 Tom scans the field, building an understanding of where every plant is and what each one needs to achieve optimal performance. Wilma, SRC’s AI Advice Engine, then creates treatment maps to advise farmers on the best action to take. This information is used to inform variable rate fertiliser applications and to spot-apply herbicides through nozzle control and sectional control sprays.

“With input costs on the rise, farmers are increasingly under pressure. Up to 90% of inputs are wasted. This is not economically or environmentally viable. Fertiliser alone is a major contributor to agricultural emissions,” comments Sam Watson Jones, President and co-founder, Small Robot Company. “Robotics gives huge scope to close the gap: delivering applications by exception. Precision monitoring alone can provide immediate value, optimising existing sprayers for herbicide and fertilizer applications. But we believe that’s just the tip of the iceberg in terms of the potential for what per-plant farming can deliver, both in input-cost savings and yield enhancement.”

The launch follows successful on farm trials on three farms during the autumn 2021 to 2022 growing season to develop the service, including the Waitrose Leckford Estate and the Lockerly Estate, owned by the Sainsbury family. The trials covered 118 hectares, locating 446 million wheat plants in which 4.6 million weeds were identified. Tom’s six on-board cameras, mounted on a boom, deliver a ground sample distance of 0.39mm per pixel. Among the highest resolution of any crop-scanning technology, this gives Tom the capability to see individual water droplets on leaves and early signs of disease outbreak.

Weed surveys this season have revealed surprisingly few areas of the field where the density was more than one weed/m². With this information, SRC can create heat maps so that farmers can only treat problem areas, rather than blanket treat the whole field.