A Western Australian farmer is utilising blockchain technology to help promote his business and hopefully grow markets into the future.

In partnership with DiMuto, Morning Glory Farms has started using a special label and QR Code, which is placed on its Spaghetti Squash, that included details such as recipes and company details.

"The easiest way to explain it to people is that it is a simple ledger," Owner Bevan Eatts said. "The QR Code is a way to digitalise the product, and when it the code is scanned, it takes you to a landing page, which gives the ability to engage with the end consumer, run competitions, tell people about our farm, how we grow the produce, the health benefits and we even have a cooking school. It's all promotional activities with our consumers and that gives us a tool to educate people." 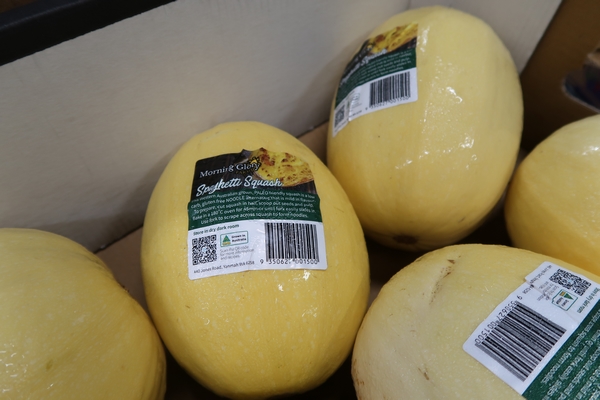 The other advantage of using the QR Code system is through traceability in the supply chain. Mr Eatts says working in the DiMuto blockchain system, clients can access purchase orders, which includes photographs and consignment numbers in an "open and transparent way".

"We could place 6-8 squash in a carton, each one had a generic QR Code, and the carton on the outside also had a unique label," Mr Eatts said. "So, you could scan that and take a photo of the squash from the top, which then gets loaded into the DiMuto system. That gives you several things; the trackability, traceability, and also helps with trade dispute claims because you have photographic proof of each carton; you know what the quality was like and where it went. You know the price of your product before it leaves, and it removes that finger-pointing when it is someone else’s fault. You can even put temperature trackers in to trace who drops the ball."

Mr Eatts adds that customers are wanting to know more about where their food comes from, which is especially important when retailers sometimes mix-up and sort fruit and vegetable varieties based on category rather than brand.

"Generally, farmers in the horticulture business supply to a wholesale market, who then sells to a retail store," he explained. "But the retail store takes it out of the box or packaging and when they put it on their shelves, the identity is lost. Consumers don't really know between the brands. There is 'Country of Origin' labelling, but generally, that is the end of it. By putting a QR Code on your produce, it gives the consumer the opportunity to engage. Some aren't interested, but a lot of them are; they can scan it and find out who, where, when it was grown. QR Codes have been around, and while they aren't widely used in Australia, they are in the rest of the world." 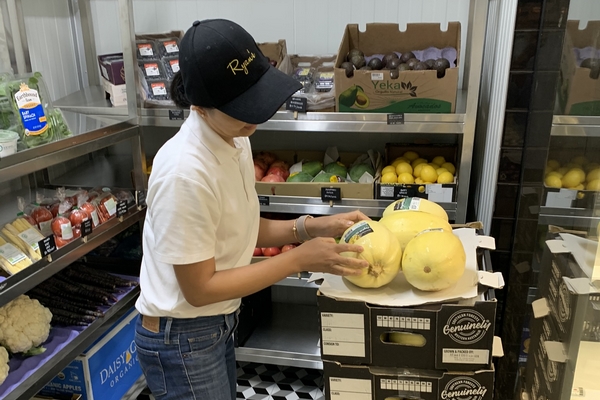 So far, Morning Glory Farms has been able to analyse some of the data that is behind consumer purchases, especially identifying potential export markets, which Mr Eatts admits did suffer a setback when the coronavirus pandemic hit.

"Before COVID-19 hit our airfreight was $1.35 per kilogram, and that went up to $5 per kilogram," he said. "The pandemic couldn't have happened at a worse time for us in trying to develop a new market. The consumer engagement that I would have liked, in terms of monitoring Asia, didn't happen because we didn't get product in, but there was definitely some feedback and people messaging us. People are already asking, through our agent, when next season is starting. We've still got a long way to go, but for us, as a small farm, it allows us to build the brand. What drew me into the DiMuto blockchain was that they actually find and help develop new export markets for our products. We have been working on what we can export and what crops to grow - there are some exciting things happening in that space, but again, COVID couldn't have hit at a worse time."

Blockchain helps strengthen trust in the fruit and vegetable supply chain
Founder and CEO of DiMuto Gary Loh says the company was formed using the combination of two words: 'Muto', which is Latin for barter, and 'Di', for digital. He said the basis of trade has changed from the physical bartering of goods to today's use of currency to purchase goods. But the problem of international trade is that the goods cannot be physically seen before shipment.

"Underlying the whole concept of understanding trade is that trust is a key element," Mr Loh said. "If you look at why it is so difficult to build trust, is that we don't see what we are moving. This is the underlying principle of how DiMuto was created to create a solution that is holistic, where you see the flow of goods, services and money as one. Working with someone like Bevan optimises that you don't have to approach it in a big way, where you only work with the big companies in the world. Addressing this problem really comes down to one farmer, one family, and how you can influence global trade using the technology that we have created. Anyone that engages in trade using the cold chain understands the complexity in moving such produce, and having the trust element is one where we think DiMuto system can really help." 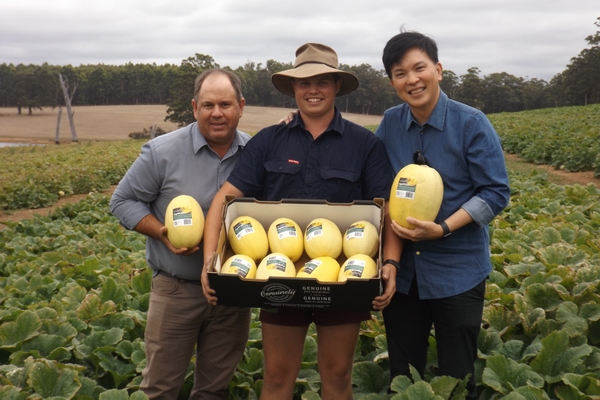 Mr Loh adds that he often refers to the blockchain as "Excel spreadsheets on steroids", and in the DiMuto system, it allows for traceability information to be entered in a secure way that is transparent to all parties in a supply chain, to hold each accountable for the safety of the food.

"One of the biggest problems is when you have the farmer has his own spreadsheet, the packers have their own spreadsheet, and the importers have their own spreadsheet; when something goes wrong, whose spreadsheet do you believe as the truth," Mr Loh said. "The blockchain is used as the single source of truth. This is what we are trying to achieve with Bevan, to ensure the information on whatever he has grown and packed is now part of the blockchain. In the past, it is very difficult for him to show he has done all the right things, and when he can't show he has done the right thing, he was penalised for it. The blockchain prevents this type of abuse because at the end of the day it's the farmers and packers who suffer." 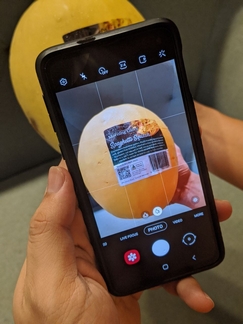 The DiMuto CEO says that the importance of trusting the source of food has been further raised by COVID-19, and this level of traceability is becoming a 'norm' rather than just a 'want' or a 'luxury' in the fruit and vegetable industry.

"It is getting to a point where it is a must-have," Mr Loh said. "Going forward, this trend is going to continue. But one of the other things that we do is 'close the loop', which means letting the consumer actually be engaged. The way that the system was built where the QR Code does not just help us trace and track but also communicate with the consumer, where you can respond to the farmer or give a rating of the product. You can also see the certificates and certifications, depending on how the users want to engage with their customers. Closing the loop element allows us to use the same information that can engage the customer, but at the same time keep information that is only meant for trade partners (confidential), such as invoices. It is allowing you to have transparency, and control the information you share."