The Brussels sprout season is slowly but surely approaching its seasonal peak, as traditionally the vegetable is particularly popular with consumers in the run-up to Christmas. We spoke to Eric Müller, a specialist grower in the northern growing region of Dithmarschen, about the season up until now.

Proportionally, the yield this year has been rather low with a high percentage of smaller cabbage sprouts, Müller reported. "The smaller grade is more popular with consumers because they are generally better looking. Mistakenly, people still think one has to clean Brussels sprouts, but with the smaller ones this is not absolutely necessary. Retailers still predominantly demand larger calibers, around 30-40, so there's some discrepancy in the market." 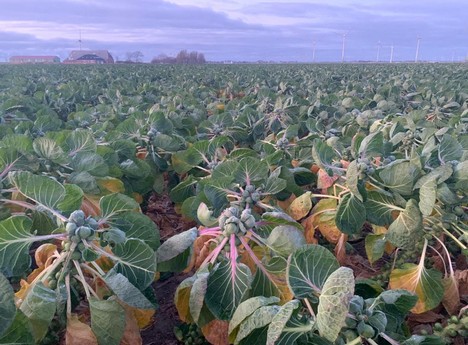 Noticeable price pressure
Demand has been rather low so far. Meanwhile, the leading exporting countries, such as the Netherlands and Belgium, are putting a lot of pressure on the prices, says Müller. "Overall, the prices are about 10-15% below last year's levels. We are now hoping for a cold spell soon, so that Brussels sprouts will come back to the fore and hopefully prices will be adjusted a bit. What's also playing into this is that last year, people cooked at home a lot last due to the lockdowns and restaurant closures. The demand for Brussels sprouts was of course larger then." 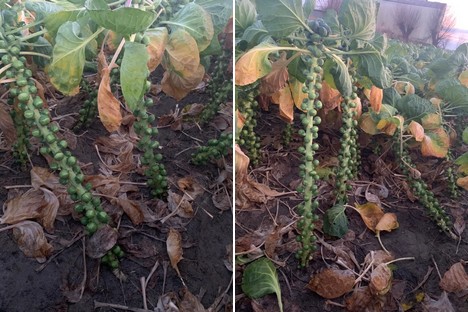 Second half of the season
On September 18 - about a week later than last year - the first sprouts of this year's season could be harvested. Traditionally, demand picks up again shortly before Christmas. "In the week leading up to Christmas, it's not uncommon for us to see sales triple. After that, demand tends to drop, after which we put the last batches on the market in mid-to-late January."