In 1978, Jorge Aguilar Heredia formally founded AGGALL Coliman Group, with the inauguration of the first sales center in Hermosillo, Sonora in northern Mexico. Today Coliman has commercial and distribution centers in the border states of California and Arizona, in the United States, and commercial offices in the United Kingdom.

He was a pioneer of Fair Trade in the banana industry of his country, and supported hundreds of charities, as well as being one of the main donors to the network of Food Banks in Mexico.

“He will always live in the examples that he left us, his main legacy will be the continuation of his honesty, innovation, and humanity,” a company release says. Through his drive and desire to lead change, Mr. Aguilar shaped Coliman Bananas into the international produce player it is today.

“He was distinguished by his tireless work, which from the age of 19 led him to pursue new horizons. His generosity sought to give an exalted life to each of his collaborators; his smile and kindness, whose example is lived day by day in this company, in the cordial treatment between each member. His enthusiasm is reflected in the quality of the fruit of his labor,” the release continued. A faithful believer that there is no such thing as "impossible."

Words will never be sufficient to express our gratitude and how much we will miss the man that was a pillar that helped whoever approached him. A leader who made us grow. Thank you,
Jorge, therefore, our hearts will be with you forever.

Mr. Jorge Aguilar Heredia, founder of AGGALL Coliman Group, died at 62 years of age, is survived by his wife Sandra Gallegos de Aguilar, his son Jorge Ángel, his daughters Sandra and Karen, as well as his eight grandchildren. 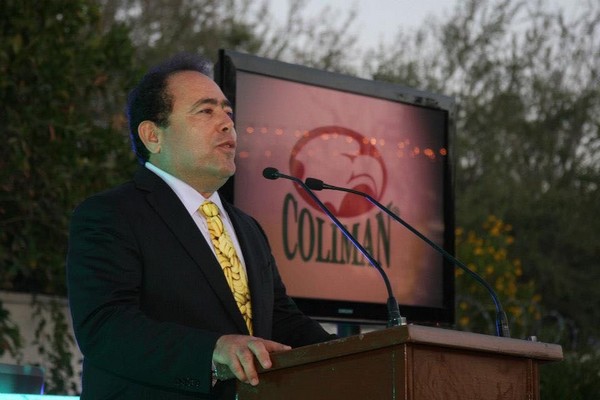 Jorge Aguilar Heredia quotes:
"We have assumed as the engine of life and direction, the conviction of our values, ideals, and dreams that have driven us, but with the firm certainty of an intense work, goals, and objectives."

"Our results, in general, are the essence of our philosophy, to always act responsibly, with our collaborators, society, and full attention to respect and excellence all our actions."

"We are committed to the society, supporting and fighting for a better life project with values to be carried out and support health and food programs for those who need it most."

"Our staff is our essence, for this reason, we are determined that they find in the company a healthy, safe environment and committed to their personal, family, and professional development."

"I am sure that success is based on the mission, vision, and values of the company and essentially on its collaborators."