Digitized B2B platform for professionals in the fruit and vegetables sector

The Italian fruit and vegetable and agri-food trade is increasingly being confronted with newly emerging production countries on the one hand and more sophisticated consumer markets on the other. Consumers are more aware of the need for higher quality and food safety, but there is a very wide and often confusing supply. All this while the digital world is taking giant steps forward, conquering more and more space in purchasing habits.

We spoke about this trend with Sebastiano Amenta, CEO and founder of Groumm - Primo Mercato, who explained how it is possible and perhaps essential to change the approach to the system. 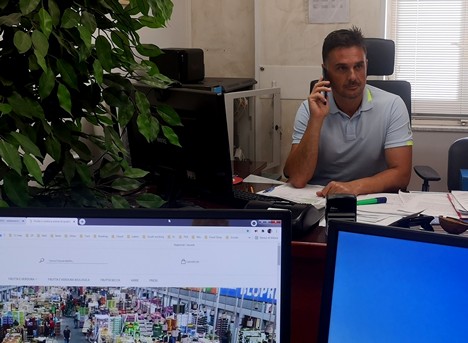 After a period of work experience abroad I returned to Italy and focused my work on the promotion of Italian fruit and vegetable products on foreign markets. As I gained more in-depth knowledge, it became incredibly clear that the B2B sector in Italy was not yet digitalized. Based on the business models already established in markets such as Amazon and Alibaba, a group of colleagues and associates and I thought to create a platform comparable to those of the web giants, which would allow us to innovate and digitalize the traditional general markets. 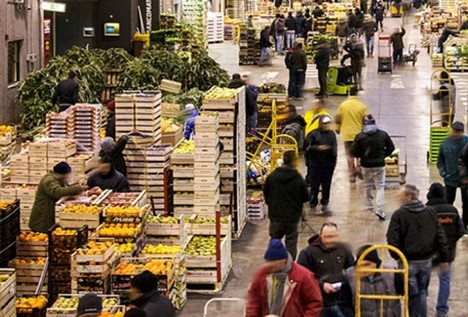 This opportunity, particularly for Italy, is really important. The biodiversity of our crops is unique in the world. If Made in Italy were a brand, it would be the third best known brand after Coca-Cola and Visa, which says it all about potential market reach.

last year in a way that nobody could have predicted, due to the emergency that the whole world is still facing. The traditional market is now too limited, has high intermediation costs and prices are often dictated by the market.

"Our first online platform of this kind allows everyone, whether structured or family businesses, to sell their products online directly to buyers, eliminating unnecessary steps, waste and inefficiency. Food e-commerce is already an established trend but, more importantly, we have customers of all types and sizes in almost all European countries."

"Digitalization also means improving the logistics of traditional sales models. He announced that "Groumm Store retail shops will soon be launched in the Netherlands, in partnership with an international group, and will have a dual function, namely, to sell little-known brands at wholesale prices and to provide better supply chain management on European routes." 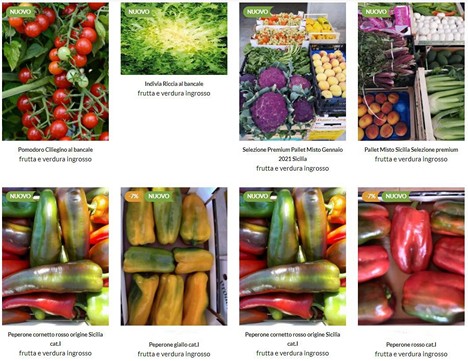 "We will soon start recording the meetings we have with the various producers, so that we can share the stories of their companies, of the local crops, hard-to-find specialties and the best regional products. We also collaborate with several agri-food companies, a consortium of protected geographical indication citrus fruits and several organic companies, thus managing to have a wide range of products available. So far, these partnerships have been very successful, firstly because both sides get something out of it, but also because of the enthusiasm of the people. We regularly receive feedback on how important these changes have been for dealing with the current situation and markets.".

As part of the 2021 plan, staff will be recruited in the Netherlands to support the team in Italy, the platform will be launched in other languages to better support sales in Europe, and the first physical Groumm Store will open in the Netherlands in 2022. Groumm staff (see picture above) is currently made up of: Sebastian Amenta, CEO & Founder; Corrado Catinello, CTO & Co-Founder; Barbara Mallia, Marketing & Administration; Stefano Nicosia, Product Specialist & Co-Founder; Fabio Amenta and CIO Developer.