With Christmas fast approaching, fruit and vegetable sales will again climb 'a little' in Belgium and the Netherlands. People like to serve something special, so exotic fruit sales will also rise. 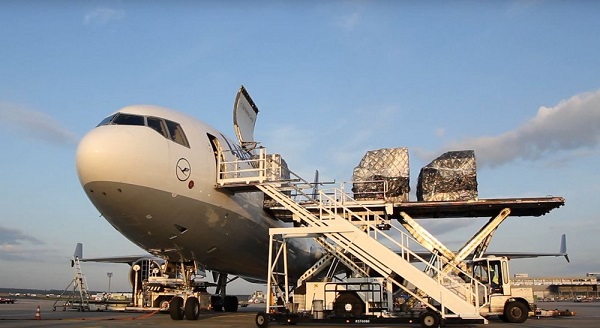 Many exotics are, however, flown in from places like Southeast Asia and South America. The coronavirus pandemic has considerably changed this mode of transport. "The airlines' don't expect the situation to return to pre-COVID-19 levels until around 2022-2023," says Bryan Douglas, Airfreight Import Manager at Hellmann Worldwide Logistics. This German company operates worldwide. "So, on the market, on-board cargo space prices remain very volatile. They change daily too."

Passenger and cargo space
According to Bryan, the lack of cargo space is party due to how aviation has developed in recent years. "In the past, airline fleets included many more cargo planes. However, lately, these have made way for aircraft that combine passengers and cargo. People were flying more, so that's much more profitable for airlines."

"But, there are far fewer people flying now. That's because of the global pandemic. Many flights have been canceled, which has led to a shortage of cargo space. Cargo planes can't possibly fill that gap. Not only because, in many cases, this isn't nearly as profitable as passenger flights. Airlines don't have enough of these planes, either."

"In recent months, however, some companies have converted phased-out passenger aircraft into cargo planes," explains Douglas. At Schiphol Airport, KLM's cargo planes are mainly used for cargo from South America and Kenya. Hellmann Worldwide Logistics has an office at this airport. KLM still has four cargo planes as part of Martinair Cargo. "Hellmann takes some cargo space on these KLM planes."

There's not only a cargo space shortage. The latest lockdown means, in many European countries, many sales channels have disappeared. "Many of our clients can currently only deliver to supermarkets and, sometimes, hotels. This, however, hasn't had a dampening effect on prices. Demand remains high."

In some cases, air freight forwarders, including Hellmann, have started renting cargo planes. These are used to transport loads, including fruit and vegetables. "It was a matter of a simple calculation. We saw it paid off to hire an entire plane and fill it ourselves. Rather than reserving cargo space. But, we haven't yet done this for flights to the Netherlands," says Bryan.

Vaccine
More cargo space isn't expected to become available any time soon either. "On the contrary, when the corona vaccine becomes available, the scarcity will only increase. Almost all the available cargo planes in the world will likely be needed to distribute the vaccines worldwide. These will have priority over fruit and vegetable transportation. We'll soon have to consider that."

Alternatives
Hellmann Worldwide Logistics, however, doesn't only forward freight via the air. They also do so by land and sea. "We have alternatives for fruit and vegetable importers and exporters," adds the manager. "But, this won't replace air freight in the long run. A ship can take six to eight weeks to travel from Southeast Asia. With an airplane, you can have the product within a day. That not only allows you to respond quickly to changes in the market. The products are fresher too."

"Also, some products are too fragile to be transported by container. Think of Kenyan green beans or Peruvian green asparagus. Airfreight is highly suited to these kinds of products. COVID-19 affected reefer containers too. For example, some ships were kept moored. They had to be quarantined. There were also problems with reefer availability. That's when they were stranded in Chinese ports," concludes Bryan.