The mango season has proved to be rough for major producing countries around the world, where many are seeing the aftereffects of COVID-19. Pakistan has witnessed bad weather which hit its production, and the pandemic has strained its exports, along with exports in Egypt and Mexico. Mexican mangoes had a boost in production, but exports to major markets will prove to be lower than the previous year. 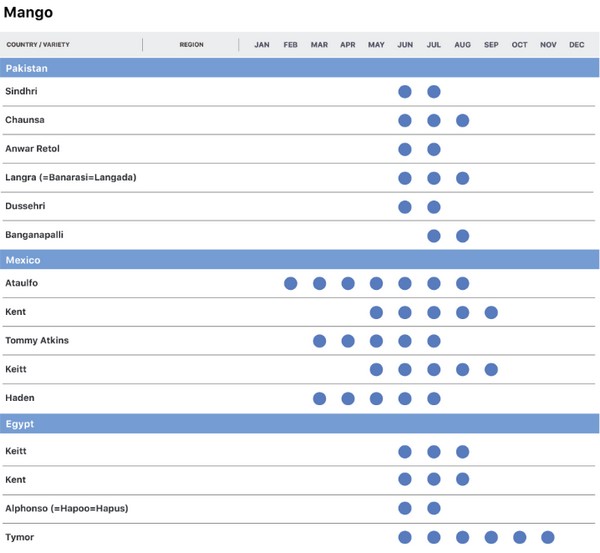 Production
Although similar in quality, Pakistani mango production has decreased compared to last year, with prolonged winter, changes in rainfall, and locust swarms. Various mango growing regions have reported a drop in production from 15-40%, and total production is expected to reach 1.1 million tons, a drop from the previous year of 1.8 million tons, according to Reuters.

Export and Price Trends
According to Makkah Traders, the main destinations for the exports are the Middle East, the United Kingdom, and Europe. Exports have been slow since the coronavirus outbreak due to lockdowns. In addition, as mangoes are transported through air freight, exporters had difficulty in getting the fruits across with scarce flights. Costs for exports to the US and Gulf countries were reported to be double, with costs for exporting to European countries like the UK tripling. Total exports could result in 30K tons compared to 130K tons the previous year.

Major barriers to mango exports as well as closures in hospitality industries led supplies to flood back into the market, lowering domestic prices from 10-15%. 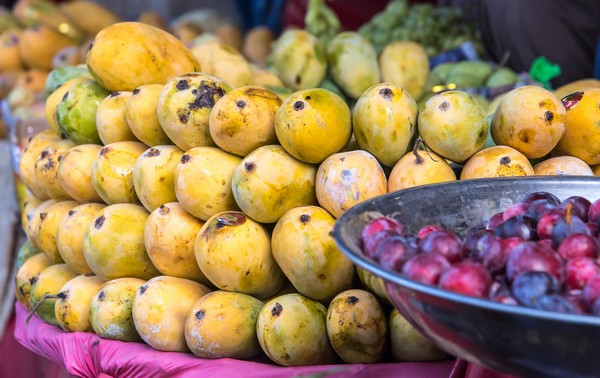 Producers and exporters are hopeful for the remaining season, with the peak season for one of Pakistan’s most famous varieties, the Chaunsa, lasting until late August. Flights are beginning to resume, but air freight rates must be lowered in order for exports to regain traction again. Locust swarms could also be an issue, and producers are working towards eliminating the pests before next year’s crops are affected.

Egypt
Production
The mango season in Egypt typically ranges from August to September, for which the season for this year is expected to start in mid to late July. During this period, there is a flow of Southeast Asian mangoes in the market, such as from Thailand, while mangoes from India are in their off-season. The main varieties for sale are the Keitt and Kent mangoes.

Production has been slowed, owing to the labor shortages, and many producers have held back from risking planting new trees with uncertainties surrounding demand.

Export and Price Trends
Egyptian mangoes are mainly exported to the European market due to its proximity. In addition, despite being closer to Egypt, Middle Eastern mangoes’ lower prices make the market unpreferable for Egyptian exporters. In the current season, the biggest hurdle for exports is logistical issues as mangoes are time-sensitive products that need to be shipped via air freight. Thus it can be expensive to transport, especially in smaller quantities.

Prices for Egyptian mangoes are typically lower than Southeast Asian countries, and Tridge’s data indicated that wholesale mango prices in Thailand have increased by nearly 40% from last April. Prices of Egyptian mangoes are also expected to be slightly higher this year due to decreased production and labor shortages from COVID-19, explains Cairo Farms.

Despite the fact that prices for Egyptian mangoes have increased, it could still have an upper hand over Southeast Asian mangoes due to their high prices this season. 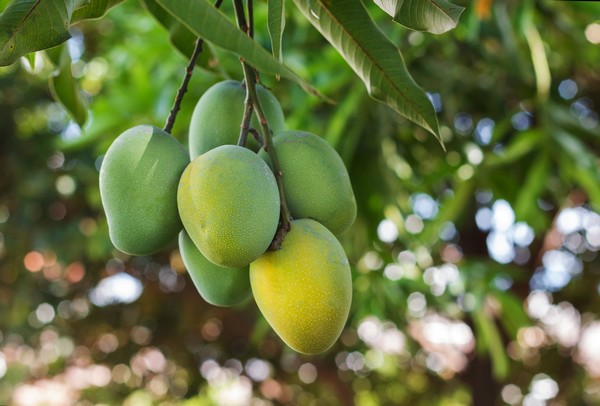 Mexico
Production
The Mexican mango season will commence for the Keitt variety, while the Ataulfo is at its end. The Tommy Atkins and Manila variety are currently in season. Production has increased overall. In the state of Nayarit, there has been a 5% increase in production, totaling 1,000 tons.

According to the National Mango Board (NMB), the total projected export volumes to the US are expected to be at 75 million boxes. Up to July 4th, Mexico has exported 47.9 million boxes, which is less than the previous year with 52.6 million boxes. The total exported volumes for this season will be 6% lower on a year-on-year basis.

In primary markets, Mexico faces little competition from South American producers, with suppliers noting that Mexican mangoes have higher sugar levels and differences in the pulp.

Mexico has not taken a direct hit to its production from the pandemic but has seen general decrease demand in its main markets, with the addition of export restrictions. The country heavily relies on a few markets but is implementing new phytosanitary standards in order to meet the quality standards of other countries.

Price Trends
Local wholesale prices have decreased by half in certain states, where prices have been slashed from 400 pesos to 200 pesos.

According to the NMB, FOB prices to the US port of entry in Texas have generally been higher for varieties Ataulfo, Tommy Atkins, and Kent throughout 6/13-7/4 from 2019, with an average price per box (4kg) in 7/4 USD 5.56, USD 3.85, and USD 3.92 respectively. At the Nogales port of entry, FOB prices this year were higher from last year as well for the Tommy Atkins and Kent variety, with an average price per box in 7/4 of USD 3.68 and USD 3.82 respectively.