New figures show Australia's avocado industry is on track to produce 115,000 tonnes a year by 2025

Australia’s avocado production increased by 17 per cent on the previous in 2017/18, with a gross value of production estimated at $557million - and the industry’s long-term trend is still on the rise.

“One-third of Australia’s avocado trees have yet to reach their prime production years but enough of the new plantings have come on line this year to boost the industry above last year’s 66,000 tonnes,” Avocados Australia Chief Executive Officer John Tyas said. “Queensland continues to produce the majority of Australia’s avocados, accounting for 62 per cent of the national harvest. Western Australia has the next highest production levels, providing 25 per cent of the crop, followed by New South Wales, Victoria and South Australia.”

Mr Tyas says almost every growing region was experiencing a growth in plantings, primarily of the dominant Hass variety but also Shepard in Queensland.

“In 2017/18 Hass represented 78 per cent of production. Shepard, a greenskin variety grown in Queensland through late Summer and Autumn, made up 19 per cent of production, and at that time of year, is the dominant Australian variety on the market. In Australia, avocados are produced all year round due to the range of climates and conditions in our eight major avocado growing regions.” 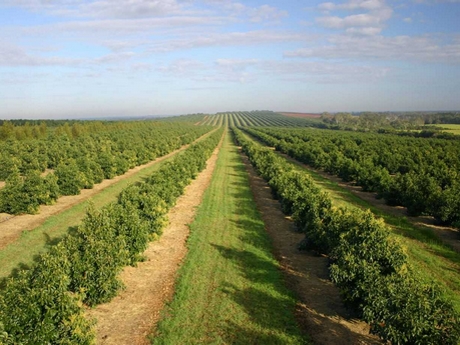 The industry body has been involved in a number of projects, including one to find ways to achieve more consistent yields of quality fruit in Australia. The final study group workshop for this project, which was made possible because of investments from the Hort Innovation Avocado Fund, was held in December 2017. The industry is currently working to secure future funding to support industry development and extension.

"These activities are vital to the future of the industry, as they provide growers and industry stakeholders with access to current best practice information and the latest research and development work, the outcomes of field trials and much more," Mr Tyas said. "It is important that we work collaboratively to improve Australian avocado orchard productivity, fruit quality and profitability through the promotion of best practice."

He adds the success of the Australian avocado industry has attracted nearly 300 new growers in the past three years and resulted in substantial new plantings, hence the revised domestic production forecast.

"As the supply of avocados onto the market increases, the need to improve fruit quality and reduce cost of production will become more and more important to further expand our domestic market as well as new export markets," Mr Tyas said. "The strength of the Australian avocado market is also attracting interest from exporting countries such as Chile, Mexico and Peru which have a much lower costs of production. In order to be competitive, it is essential that Australian productivity increases, given our high production costs. Avocado is not an easy crop to grow, and it is crucial to bring all producers and advisors, especially new entrants, up to speed with sound production practices in a timely manner."

Mr Tyas said as production climbed, Avocados Australia is also working actively with the Australian Government to open new export markets to ensure sustainable growth of the industry into the future.

“Australia will always be a supplier of top-quality Premium avocados, mainly Hass, in the international market, rather than a bulk supplier,” he said. “At the moment, we export less than 5 per cent of our production annually but that will increase as our production increases. Gaining access to new markets ahead of that increased supply is a high priority for the Australian industry, as is boosting our current markets, Malaysia and Singapore in particular.”