The upcoming Belgian pear season will be primarily characterized by rising costs. According to Van Haelst Fruit's Christoph Van Haelst, it is vital for producers that growers and exporters present a united front for fair prices. "Particularly energy costs are skyrocketing, and these are tough to pass on. We need to stay calm and not instantly flood the market. Then, together, we can achieve fair prices. Supermarkets have a significant role here for everyone to earn a good living," he begins. 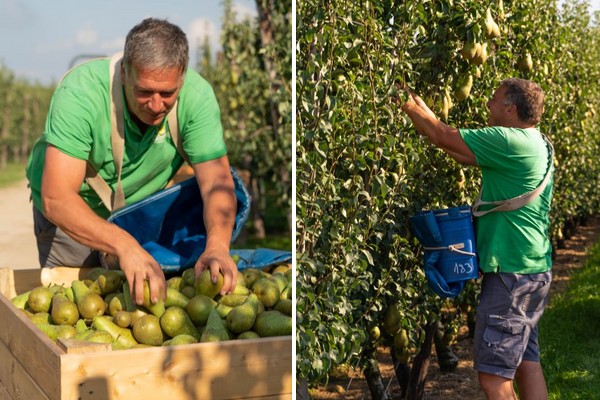 Good, but variable quality
Van Haelst Fruit has just about finished harvesting its new Conference pear crop. "Our pears are of excellent quality with far fewer Class II pears and very high sugar content. There are big differences between plots, though. The stormy weather drastically affected some growers very locally, and the quality of plots that weren't irrigated when it was so hot is far inferior to the irrigated plots."

"We, fortunately, could irrigate very well. Still, overall, the pears will be as much as 5 to 10mm smaller than last year." As for volumes, the trader estimates that more has been picked than last year. "Exceptions aside, all growers harvested more. However, pears are sold per kilo but eaten per piece, so we'll have to encourage increased consumption via promotions," says Christoph.

"Staying calm is crucial"
As mentioned, he is concerned that the market will be oversupplied early in the season. "People, having picked smaller pears, will more likely package them. The increased energy costs have made storage extremely pricey. Many growers and traders then consider long storage unprofitable because they cannot pass these high costs on to supermarkets." 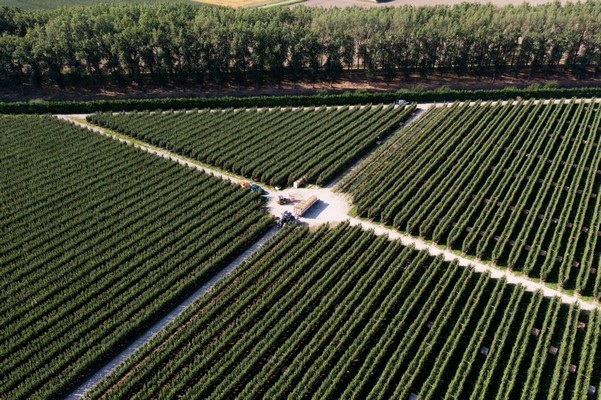 "These rising energy costs mean panic is lurking, while a healthy pear market requires calm. Negotiations will begin soon, and we, as Dutch and Belgian traders, must remain resolved if we want to pass those costs on to the supermarkets. They pass it on to consumers anyway," Christoph continues.

"That, while largely ignoring growers and traders' expenses. The most significant costs - refrigeration - are behind us, so it's mainly storage quality that must be closely monitored. Belgians sell faster, while the Dutch tend to wait and see, which can also be disastrous if they store the pears for too long. Let's stay calm and, together, stably fill the market."

Energy-neutral
To reduce storage costs, the company, which exports about 95% of its pears, is always looking for alternative energy sources. "We want to eventually be energy independent. We already have solar panels to reduce that pressure but are looking at investing in major alternatives. We want to become an entirely energy-neutral company. However, we understand that's not possible for everyone, so cooperation among ourselves is simply essential," Van Haelst says. 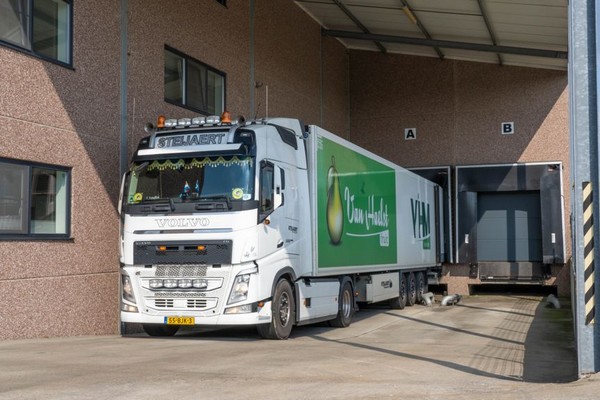 Christoph sees a generally challenging season ahead. "But, it remains important to handle stored fruit intelligently. As of yesterday, the market wasn't yet ready for large volumes. Demand usually starts from early November through to roughly April. That's when we do the most trade. Aside from that, there's still too much competition from other fruits."

"People aren't ready for pears yet. Plus, we'll have to steer the supermarkets towards somewhat smaller pears. There's only one way to do that: price. Last year, large and small pears cost the same; this year, those will have to remain different," he concludes.