The charming Zalmhuis in Rotterdam was the setting for the 13th edition of Interpera yesterday. The congress aims to connect producers and international stakeholders from the sector around technical and economic themes. With 110 visitors from 14 different countries, the Dutch organizer, DPA, calls it a successful event. In 2023 Afrucat will organize the 14th Interpera edition in Spain. 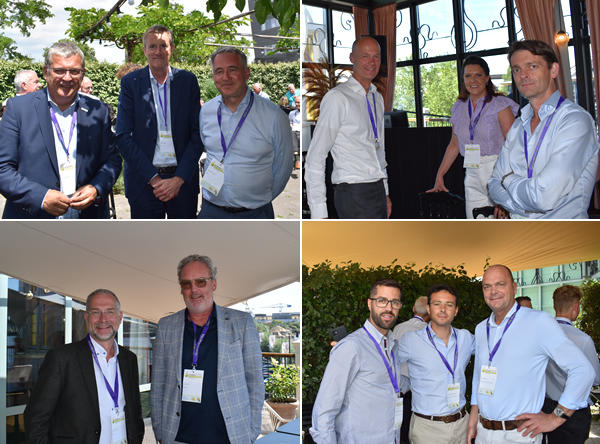 A story to tell
Speakers like the Dutch Rabobank's Cindy van Rijswick and Helwig Schwartau from AMI, Germany's leading agricultural market information, discussed developments in the pear market. Cindy says growth has stabilized, and the pear market is entering a stagnation phase.

It is unclear what inflation's effect will be. Cindy expects Europe will follow the trend already visible in the US, where consumer spending has decreased. She notes that spending on fruit and vegetables is returning to pre-pandemic levels. In some cases, it is already lower, and Rabobank assumes inflation will continue.

Cindy says although pears have a somewhat stuffy image, the fruit has a positive story to tell regarding sustainability and health. "Locally grown pears have a very low carbon footprint compared to other fruits," she says. She, thus, wants this tale to be shared.

Declining fruit consumption
Helwig says events like the war in Ukraine affect pear sales but adds that those declining sales to Eastern Europe are necessary. He, too, notes that fruit consumption has declined since last February. Helwig, therefore, concludes that if Europe fulfills its 2022 pear harvest - estimated at 2.45 million tons - there will not be enough consumption, leaving the sector facing a difficult market.

Below potential harvest
Representatives of the main European producing countries assessed the 2021 pear production and a forecast into what 2022 holds. Afrucat's Manel Simon led this evaluation. 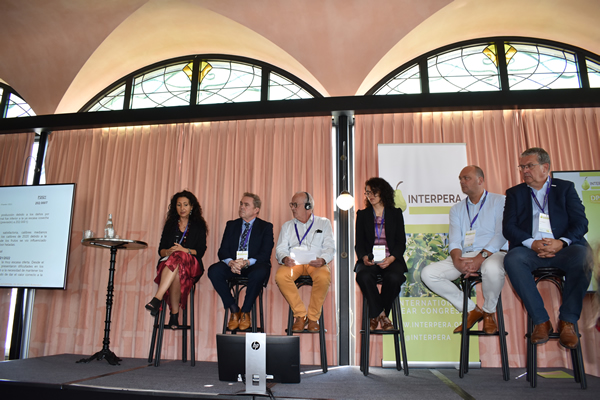 As for the Netherlands, Joop Vernooij says flowering went well, and an early harvest is expected. Production should be normal, similar to 2020. Luc Vanoirbeek says, in Belgium, despite the season's start being difficult due to frost, growers expect a good quality, normal harvest (albeit five percent lower than 2021). As things stand, harvesting will begin on August 20.

Italy is expecting more pears than last year's record low, reports Laura Stocchi. Still, the downward production trend will probably continue as overall acreage declines. France expects an early - by a week - but otherwise normal pear harvest of around 140,000 tons, reports Vincent Guerin. He speaks of a satisfactory level and an increasing acreage of club varieties.

On behalf of Portugal, Rita Marinho says, due to the weather, a smaller but good-quality crop of roughly 158,000 tons is expected. Also, Portugal is looking for a replacement pear sales market to Brazil, which has stagnated due to increasing costs. Finally, Joan Serentill reports that Spain had to deal with frost, which affected production. Joan hopes the smaller quantity will lead to larger fruit with good sales.

Manel, the moderator, says it seems the 2022 pear harvest will fall short of the European potential. "We expected more pears than last year, but Spain, France, Belgium, and the Netherlands won't reach their potential, so neither will Europe."

Promotions and knowing consumers
In an interview with the day's chairman, Marc Wijsman, André Boer (Superunie) highlighted the importance of knowing consumers and the sector promoting new moments to eat pears. He mentioned that, since pears are not as suitable as a snack - which it is known for now -people could, for instance, add them to their morning yogurt. 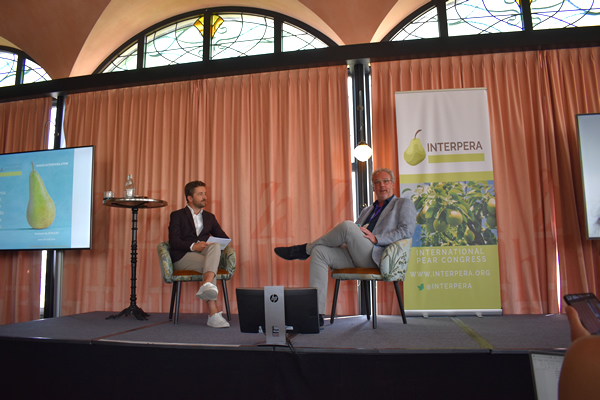 The program provided an overview of the pear sector's most important issues. There was particular attention to the situation Italian pear growers face regarding the many climatic challenges, South African pear production, and cultivation aspects. Plus new pear varieties, the brown marbled shield bug, data's effect on the sector, and the importance of finding a renewed connection with our food.