Produce from field to doorstep in 6 hours

It is reported that Tmall has officially launched its Shanghai Fresh Foods Warehouse. After this logistics hob is put into use, fresh fruits and vegetables can be transported there immediately after harvest before being delivered to the consumer by a Tmall courier.

In the past, it took at least 24 hours for fresh fruits, vegetables, milk, and meats to reach the doorstep of consumers, with the Fresh Foods Warehouses, the average time can be shortened to 6 hours. According to Zhang Hefeng, head of Fresh Produce Sourcing at Tmall, based on the needs of consumers in Shanghai, the Shanghai Fresh Foods Warehouse mainly sources three types of commodities: daily ingredients such as beef and pork, as well as some varieties of imported fruits and local fruits and vegetables. The produce can be delivered to the door within an hour. 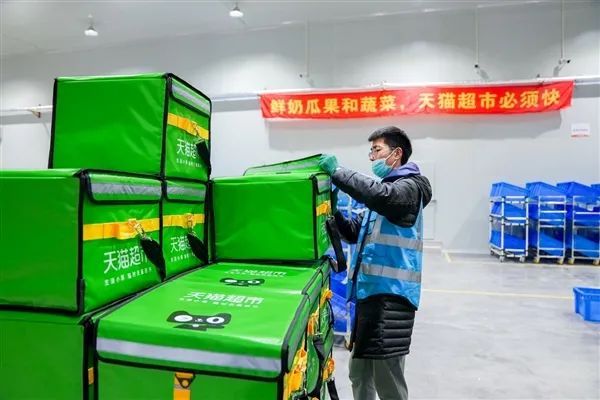 Tmall announced earlier that the one-hour delivery service has covered 483 cities across China, but it did not include fresh produce. After the opening of the Shanghai Fresh Foods Warehouse, more categories will be covered by this service. In addition to Shanghai, Fresh Foods Warehouses have also been built in Guangzhou, Beijing, Shenyang, Shenzhen, and Zhengzhou.

In order to participate in the “May 5th Shopping Festival" in Shanghai, Tmall completed the Shanghai Fresh Foods Warehouse within one month, integrating supply and sales. During this promotional campaign, Tmall will also offer “May 5th Gift Packages”.

From May 1st to 5th, users of the platform will have access to a 28-yuan coupon package exclusive to the Shanghai area, 1-yuan fresh vegetables, fresh popular items, and discounts on ice creams as low as 50%. 5,000 Tmall insulated delivery containers will also be decorated for this occasion.