"At times in the past the South African citrus industry has elected to voluntarily suspend export of some citrus types from some production areas to the EU market," says Deon Joubert, Citrus Growers' Association envoy to the EU. "The objective has been to exclude potential interceptions of citrus black spot-symptomatic fruit at the tail end of the season and to protect the longterm sustainability of the EU market."

Experience has shown that the prevalence of CBS interceptions increases in this period, particularly on the late Valencias, he says. 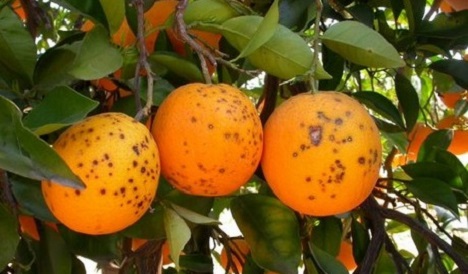 To date South Africa has received 12 notifications of false codling moth (FCM) interceptions from the EU and has implemented stricter measures to mitigate the risk of additional FCM interceptions.

Although there has been only one CBS interception in the EU so far this season, there is a need to also mitigate the total number of interceptions.

To effect this, the Disaster Management Committee (DMC) of the CGA agreed to voluntarily suspend inspection of certain types of citrus fruit from certain production regions as of midnight 12 September 2020.

"This is a proactive and diligent intervention to underscore the South African citrus industry’s commitment to responsible and sustainable risk mitigation."

The DMC agreed to request the Department of Agriculture, Land Reform and Rural Development (DALRRD) to support the industry with implementation. The ministry indicated their support and it was agreed that the intervention can be effected through automatic withdrawal of EU registration of affected orchards on the PhytClean system.

This will mean that the Perishable Produce Export Control Board will not inspect any citrus fruit of the affected types and production regions after midnight on 12 September.

The following production areas and types of citrus fruit are excluded from the early closure:
1) The CBS-free areas of the Western and Northern Cape
2) The low risk Gamtoos and Kat River production regions in the Eastern Cape
3) Mandarins (soft citrus) because it is a low risk citrus type.