Within a few years, Hamburg import company ElbeFruit has established itself as a recognised supplier of legumes from all over the world. Whether from Guatemala, Kenya, Egypt or Zimbabwe: fresh snap peas and sugar snap peas are supplied all year round in relevant quantities. Of course, the Corona crisis is also causing problems for the internationally operating company: Nevertheless, a new product line has now been added to the range, namely Egyptian onions, garlic and sweet potatoes, Managing Director Edgar Günther announces. 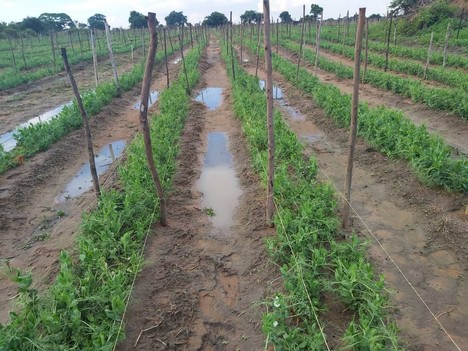 Delays and the continuous uncertainty due to the current corona crisis are also noticeable at ElbeFruit. Meanwhile, large volumes of pulses are still being imported and delivered.

At the moment, the legume business is in a so-called transition phase. Guatemala, Egypt and Kenya are still the three dominating countries in the market, but the week after next the Egyptian supply will be running out. "Subsequently - probably from week 17 or 18 onwards - Zimbabwe will gradually come into the picture," says Günther. Because of the politically unstable situation, Zimbabwean cultivation was almost paralysed for many years, and for about five years now agricultural production has been increasing again as before.

"Zimbabwe is once again establishing itself as an important cultivation country in the legume sector. Firstly because the season lasts from April to the end of August - beginning of September, and secondly because sugar snap peas and sugar snap peas from Zimbabwe can be supplied in the required volumes." 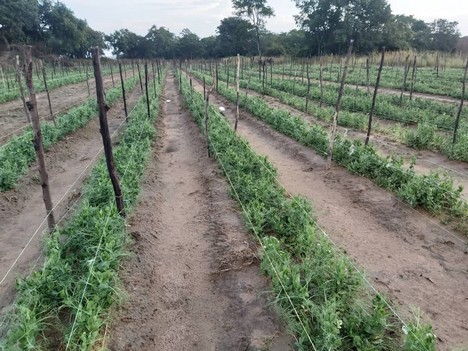 A view of a sugar snap pea plantation in Zimbabwe: The first yields will hit the market from week 17. In total, two thirds of the total sales are sugar snap peas and one third are mangetout peas. However, the demand varies.

Egyptian onions for the first time
Egypt has been one of the most important partner countries in the legume sector for several years. In consultation with an existing supplier, ElbeFruit's portfolio has been expanded by a completely new product line, Günther outlines. "We will now offer yellow and red onions from Egyptian cultivation for the first time. The season has already started and the first shipments are already on their way to us". The goods arrive at the Slovenian coast, from where the onions are either distributed in part loads or picked up by the customer himself. 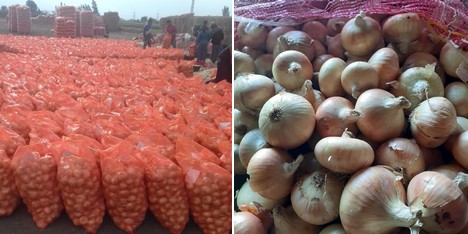 Egyptian-grown onions come in various calibres (40-100 mm) and are mainly marketed in big bags. The imported onions are expected to be available by the end of August - beginning of September.

The onion imports from Egypt are now still in the test phase, but if everything goes well, the import volumes will increase rapidly, said Günther. "Our goal is to market a weekly volume of 10-15 tons as soon as possible". According to the importers, the current corona crisis is not necessarily a disadvantage, as the current hamster purchases could boost onion sales. "So far we have always focused on niche products with higher margins. At the moment, however, there is more demand for staple foods and stored products such as potatoes, onions and carrots," the company says. 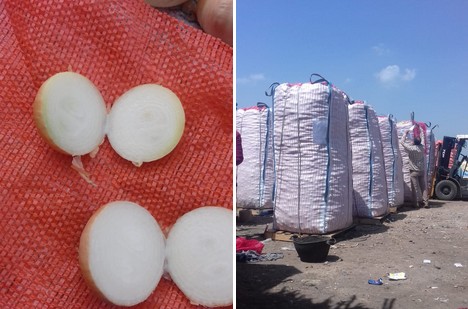