Exhibitors believe Fruit Logistica is quieter this year, but overall are satisfied

As the second day of Fruit Logistica drew to a close, many exhibitors and visitors alike left the exhibition hall satisfied with what the show had brought them so far. Some exhibitors found that they had more visitors this year, while others felt they had less, but this might all be attributed to their different locations throughout the large venue.

One example of this can be found in hall 27. This year, hall 27 has become a major entrance which means that it garners much more traffic than it has in previous years. This might be one of the reasons that the Indian exhibitors have had a great exhibition so far.

Many exhibitors in the halls designated for the Americas (North, Central and South) felt that there were less people this year compared with last year, with estimates falling around 10-15% less, though official numbers haven't been released. While numbers seem lower, exhibitors have indicated that this is positive rather than negative. "There were years where there were just too many people and it was too busy," says one exhibitor. 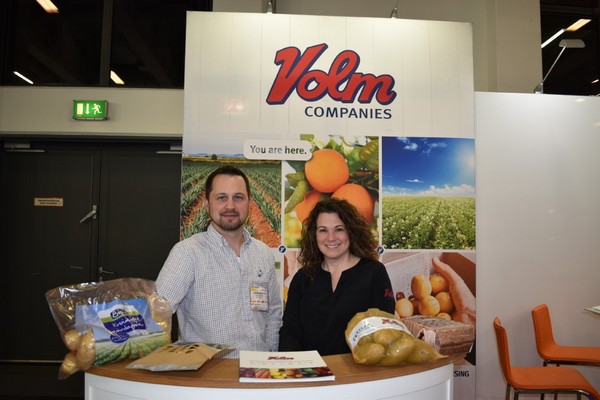 The Polish had a quiet event in 2019, but they say this year has been better. Although there is still room for improvement in terms of traffic, most exporters seem pleased with the first two days of the fair. The Portuguese stand expands every year. This year they were present again, in hall 5.2, with a good sized delegation.

Both the United States and Canada had pavilions in hall 23 this year. The Canadians were very pleased with the visitors that were stopping by and some companies, like Air Canada Cargo, had good success in connecting with the Latin American visitors.

American companies were generally satisfied at the end of the second day. One representative said that the second day was better than the first day in terms of traffic, and that while the overall numbers seemed a bit lower than last year, the quality of the visitors who stopped by their booth was high.

Among Latin American companies, the trend of offering freeze-dried options alongside fresh fruits is emerging and multiple companies were displaying freeze dried fruits on their stands. This trend goes hand-in-hand with the demand for convenience and snack-sized foods, and these companies have seen good demand for these products in Europe so far.

For the first year Total Produce had a combined stand with Dole and although some people had decided not to come, the stand has been at capacity for the last two days.

The Argentinian, Chilean, and Peruvian blueberry committees signed an agreement to stop using plastics, unless it is recycled, by 2025. AFREX came with a new box for fresh herbs which was designed for the flower industry. It is very stable and gives good airflow, allowing more product to be packed on the pallet. New packaging was a very popular trend this year, and many companies revealed sustainable solutions.