On Saturday evening, 24 November, Joelek Goldfinger passed away after a short illness. He was 73. Joelek was the co-founder of the Reingold firm. This company opened its doors on 1 April 1974 and was active in importing overseas fruit for the European market. Joelek was buried yesterday at 11:00 in a traditional Jewish ceremony in the Jewish Cemetery in Rotterdam. 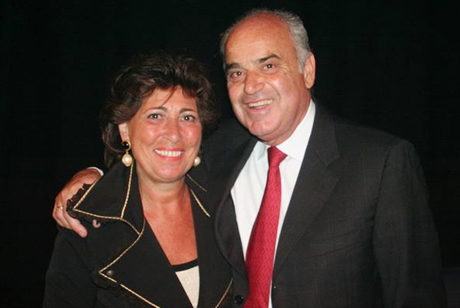 His partner, Ben Reincke, has been working with Joelek for 28 years. In 1997, Reingold was taken over by Univeg Belgium. This company was, in turn, acquired by The Greenery in 2002. After that, Joelek was employed as an advisor at The Greenery for a number of years. Reincke remembers Goldfinger as an extraordinarily trustworthy and smart businessman.

Jan van den Heuvel was an advisor to The Greenery's Board of DIrectors at the same time as Joelek. He described Joelek as having strong interpersonal skills while being a very driven man when it came to business. "He was very quick but combined this with a sympathetic character. My son spoke to Joelek last week on Tuesday. He was still hopeful then. However, later it turned out that the end was fast approaching."

His Jewish roots were inextricably linked to Joelek. In the NTR television program, Het Beloofde Land (The Promised Land), Joelek talks about his heritage and the start of his fruit company. Click here to view the broadcast.

He was, among other things, Chairman of the NIW - the Nieuw Israëlitisch Weekblad (News Israeli Weekly - and a Board member of the Jewish Broadcasting company). The current Chief Editor of NIW, Esther Voet, calls him a wise man and dear friend. "The NIW owes him a debt of gratitude," she says.

In 2013, we interviewed Joelek about his career in the fresh fruit and vegetable sector in the Vakblad Primeur