The Ispica PGI New Carrot campaign is in full swing. Carmelo Calabrese of the Italian OP Fonteverde of Ispica (RG) took stock of the situation, who mentioned "a commercial trend characterized by a rather weak demand and low prices." 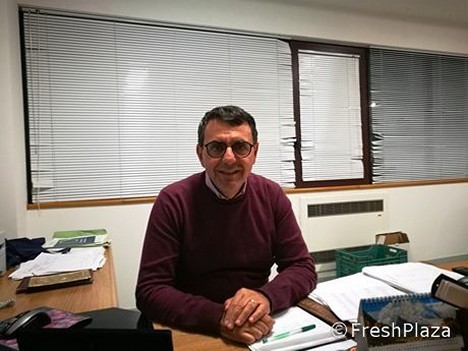 "The semi-finished product, in the big bag, is at €0.25 cents per kg - Calabrese revealed - This is due to a low demand, mainly from abroad, lower than in past years compared to the same period. Requests are very low at the moment. As of today (8 April 2022) we have harvested fewer carrots in terms of surface area compared to the plans we had set. Moreover, we expected to harvest 45% of our entire production by 10 April, while we will not reach, in my opinion, 30%. At the moment we are leaving the product in the field, precisely because of the low demand."

"There is a lot of old refrigerated product abroad that needs to be sold. These are carrots harvested in October and November that were stored and are waiting to be fully disposed of, hindering our sales of new and fresh goods," continued the expert on the reasons behind the situation.

"The hope is that we can recover on the volumes that need to be harvested after Easter. In addition, we hope that the season, which traditionally ends in mid-May, can extend until the end of the same month to give us some more commercial ground. This possibility is not far away, considering that spring is delaying a bit everywhere and, therefore, it might delay the productions of the areas that follow ours."

Courgettes and peppers campaign                                                "As for courgettes, we are now in the final phase of the campaign. Unlike previous years, this one has seen high prices even at the very end of the season, with quotations at the moment of 1 euro per kg at production. We expect to finish our product definitively within the current month of April. With regards to peppers, on the other hand, the trend is in line with the period of the year, with € 1.20 per kg at the producer. We will continue with the bell pepper until the end of May."