Why Cox Enterprise and BrightFarms invest heavily on expansion

"By 2030, half of the lettuce consumed in America will be grown indoors"

When Steve Platt, CEO with BrightFarms, 3 years ago talked with their retail partners, they were all excited about the indoor lettuce industry, seeing it as an interesting niche that could become big in 10 to 20 years. “Now they’re asking how fast we can go, they really believe in Indoor Ag”, he said yesterday, during the opening keynote of the Indoor AgCon show taking place in Las Vegas this week.

Last year, BrightFarms was acquired by their lead investor, Cox Enterprises, a move that has provided the company with the resources and capital to begin rapidly expanding. As part of their plans to reach two-thirds of the U.S. population by 2025, Steve described how BrightFarms plans to construct 5 new 10 acre modular farms that each can expand to 40 acres. At the same time, Steve was open with the audience about the challenges that come with this rapid growth. 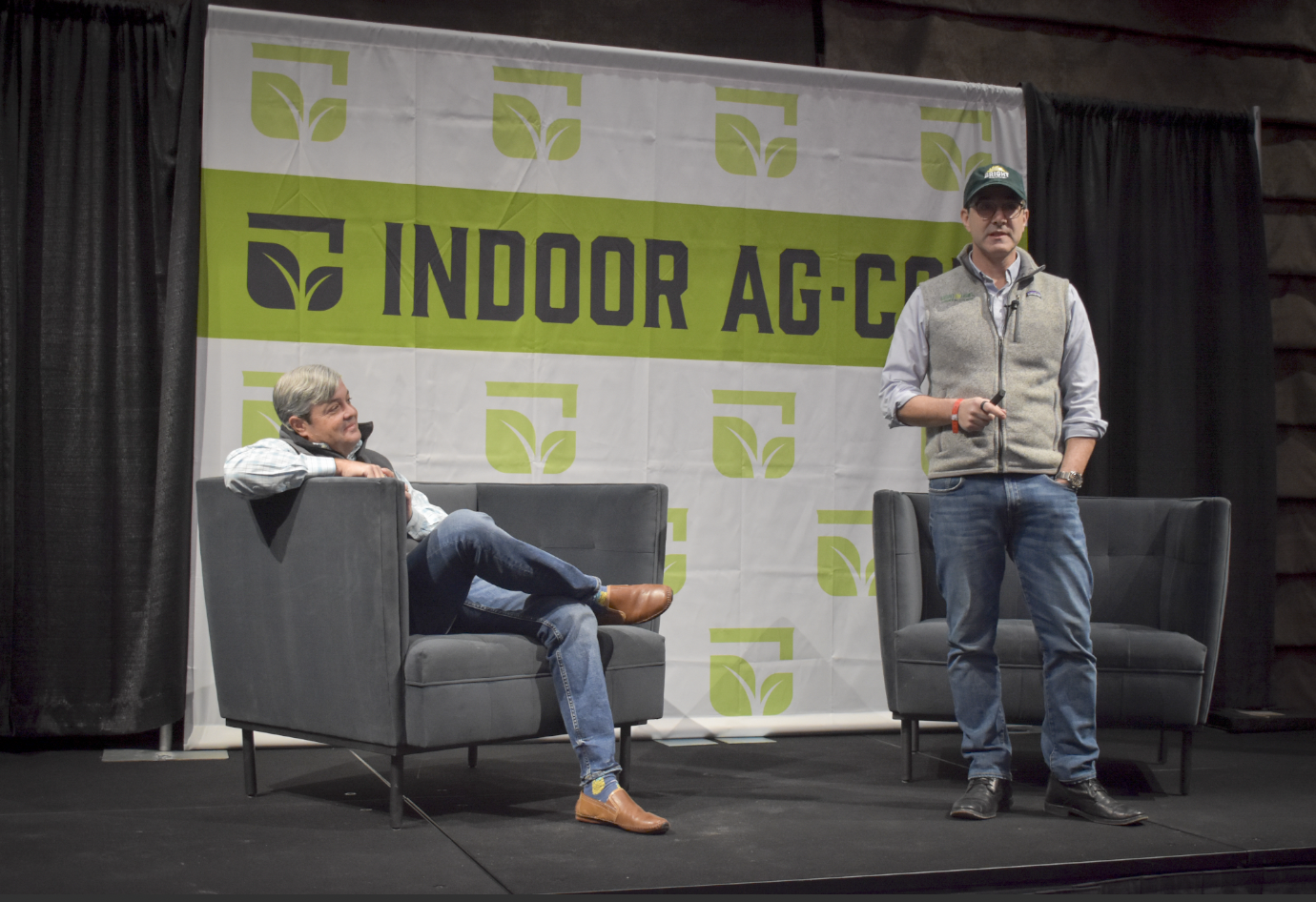 Transformation
10 years ago Steve was in the dairy industry and saw that industry transform within a couple of years thanks to the addition of a new product group, Greek Yogurt. “The agricultural industry is ready for the transformation that a new product group will bring”, he said, explaining how agriculture is currently challenged by an uncertain, unreliable supply chain, which is often not environmentally friendly and does not offer the best product to consumers, or the best conditions for workers. “We can do better”, he said. “We’re all to work together to transform agriculture to improve our country, our economy, and our people.”

According to Steve, there are many reasons as to why the greenhouse industry, with a safer system for growing, a vertically integrated supply chain, a stable production, better working conditions for ag workers, and on top of that a high repetitive acquisition rate from consumers can be an answer to these challenges – and it’s not just him seeing this, but also retailers agreeing, wanting to work more with CEA grown products. 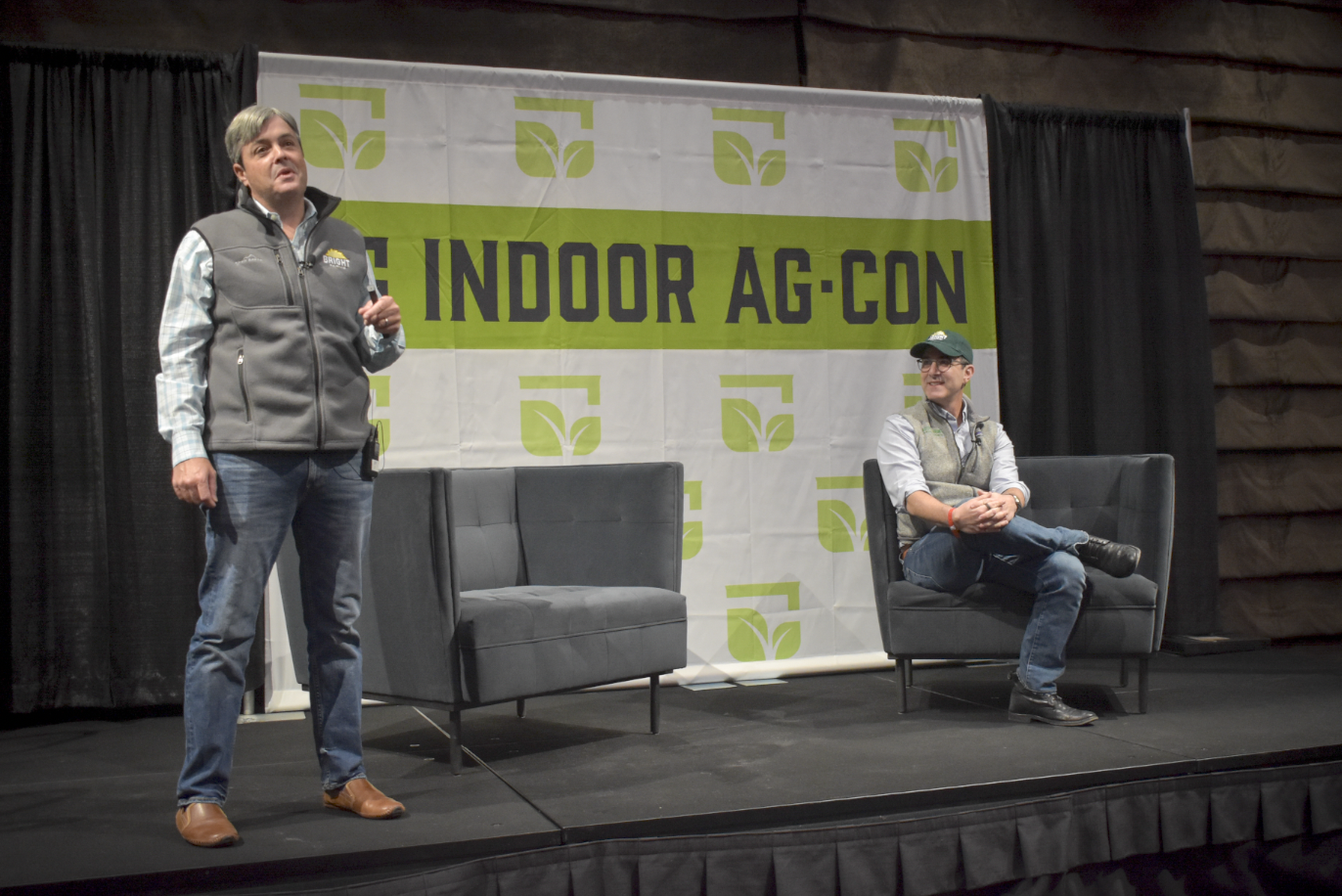 Partnering with Cox
In order to answer this growing demand, BrightFarms last year partnered with Cox Enterprise. “We believe by 2030 half of the lettuce consumed in America will be grown indoors and we want to be a part of that future”, Steve said and reveals that the 5-year plan they had for the Bright Farms expansion was called too slow by Cox Enterprises.

A few months prior to their Cox Enterprises acquisition, they acquired New Hampshire-based lettuce greenhouse lēf Farms, and currently, they are expanding further at a rapid pace, not only expanding the former leaf greenhouse with another 10 acres but also realizing 5 new modular farms. These 10-acre facilities are to be realized in New York, Northern Virginia, Georgia, Illinois, and Texas and each and every one of these farms can grow to 40-acre facilities.

“Building a decentralized network like this also enables you to secure supply from your own network”, Steve Bradley with Cox CleanTech explains, adding that Cox is to invest heavily in the CEA industry. “We’re looking to scale this east coast to west coast, north to south and also more broadly than leafy greens, to meet our customers' needs.”

Challenges
So the future’s bright for BrightFarms? For sure, but not without challenges – or as Steve Platt quotes SVP Operations Josh Norbury, ‘this shit is really hard’. It was only last year BrightFarms voluntarily recalled produce from their Rochelle Farms, as the FDA called and announced a salmonella outbreak was possibly linked to it. Shipments from the farm stopped – a confirmation on why the company believes in setting up a decentralized network of growing facilities - and in addition to the voluntary recall and a thorough food safety investigation took place, of which Steve said to share the learnings with their partners inside the Food Safety Coalition.

“Even though the investigation is over, this journey never ends as no food safety system is immune and culture is most important in food safety. We’ll be sharing our learnings as we realized right away how we handled the situation, would not only determine our future, but also of the whole industry.”

It was an additional challenge after the operation had to deal with COVID. BirghtFarms decided to put a vaccine mandate out for all people working at the farms, to ensure safety for their team. “We doubted it at first, especially for our hourly team since we’re also dealing with labor shortages, but it turned out straightening up a mandate for everybody made people more committed to the company, knowing that their safety was taken care of. We had people leave but it also gave us the opportunity to recruit with the mandate, showing the way we operate and attracting people that align with our values. It wasn’t easy, but we walked out feeling much better about it.” 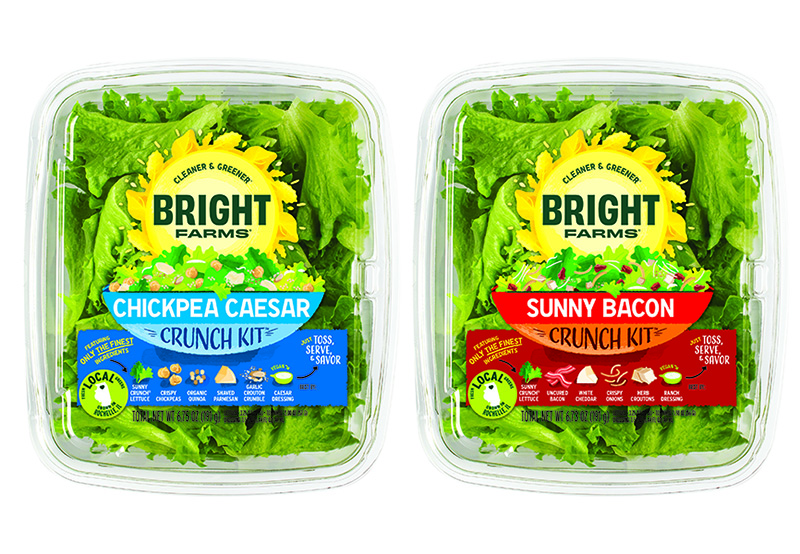 The third learning point Steve addresses is the growth the company endures. “We’ve been growing like crazy and growing itself might not be hard, but it sometimes feels like building a plane while flying up. Paul Lightfoot started as a start-up, bringing it to 5 mln and a 10 mln company. We’re hoping to be a billion-dollar company in years, but we have to change to be able to do that. While being a start-up, the culture was more aggressive, asking 100% of the team, building an adaptive company dealing with the challenges that came up. Now we’re growing and we have to grow to a more stable business phase, which comes with new challenges. For example, while we do not want to lose our mentality of putting people first, at the same time we’re more dependent on data. We’re happy to see that many leaders that started with us, have moved up and are leading us today. It will bring us to be a more stable company, ready for the marathon that we’re participating in now instead of the sprint growing phase we started in.”