In response to a year that was exceptionally bad for French pears, the campaign started this year with relatively high prices. The situation has not evolved much and remains stable to this day. “The lack of production makes it impossible to fully meet the demand for French pears, and it has been the case since the beginning of the campaign. Prices have therefore remained high, quickly reaching a ceiling. For almost two months, the French pear market can be described as a small and very stable market, with a demand that remains higher than the supply,” explains Vincent Guérin of ANPP.

Unfortunately, these high and stable prices will not compensate for the losses suffered by the producers. The campaign should also end earlier than usual. “Fewer and fewer pears will be available, even if some specialists might be able to offer some until the end of March. In order to complete the French offer, various origins like the Netherlands, Belgium and Portugal are also found on the shelves, at lower prices. But the market of the French pear has reached a certain balance. Consumers prefer the French origin and do not easily turn to imported pears.” 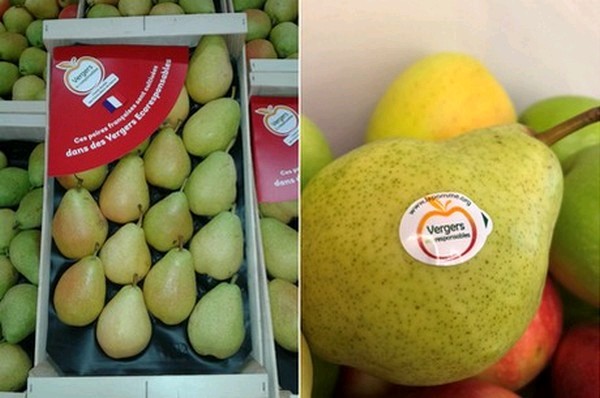 A revitalized apple market
As for French apples, after a period of low consumption corresponding to the Christmas holidays, the market is now becoming more fluid again. “Like every year, the activity slows down during the last two weeks of December, when the apples are left aside in favor of more festive products. But since the beginning of January, the festive products are slowly disappearing from the shelves, leaving room for more apple varieties. The cold temperatures are also good for apple consumption. We observe a normal revival in terms of flow on the French market and the British market. We therefore assume that these flows will continue to increase.

"Many promotional actions are planned in the coming weeks in supermarkets. These elements suggest that the month of January will be a good month. But we must not forget that the apple market is also in deficit this year and the production costs have been increasing sharply (fighting against the historical frost last spring, explosion of prices for energy, cardboard, transport…). It is therefore absolutely necessary to defend prices in order to obtain a positive campaign report for the producers.”