Volkert Engelsman, CEO of organic supplier Eosta, says the company is desperate for organic citrus and grapes from South Africa, a country whose slow transition to organic production has always puzzled him.

“The organic market is exploding and there is a disproportionate demand for organic citrus from home cooks who do not necessarily buy other organic produce, but they use lemon and orange rind in the kitchen. If supermarkets say lemons are chemfree, consumers don’t believe them, they say: give me organic lemons and oranges, then I believe you.” 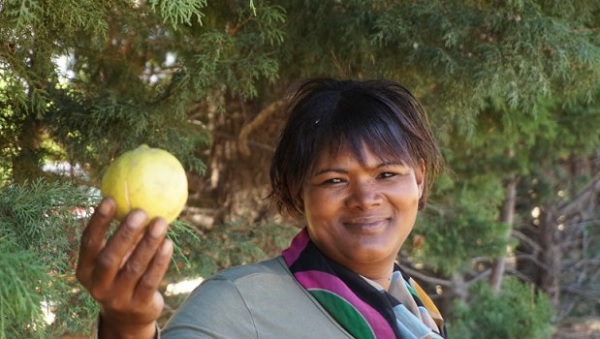 "European & North American retailers are more than happy to pay a premium for organic"
“The prices we’re paying for organic lemons from South Africa are stunning: up to four, five times the conventional price. I have always wondered why South Africa is not moving with such brilliant examples like Spier or Boschendal and other wine estates in the Western Cape. The proof of concept is everywhere,” he says, noting the thousands of hectares of organic lemons and grapes that have been established in Peru.

“There’s a whole series of growers in South Africa starting to convert since last year which is wonderful to see. It is,” he however adds, “a little late.” The majority of their organic grapes already come from Peru which is “steaming ahead” with organic production.

“European and North American retailers are more than happy to pay a premium for organic, but a grower needs to comply with endorsed organic standards to harvest that premium,” he points out.

On his most recent trip to South Africa he noticed solar panels everywhere. “You see people no longer leaving their soils bare, cleaned up with RoundUp. Farmers believe more and more in green crops and cover crops and increasingly, composting and intercropping are embraced. They’re buying into the organic system but the conversion is still quite slow.” 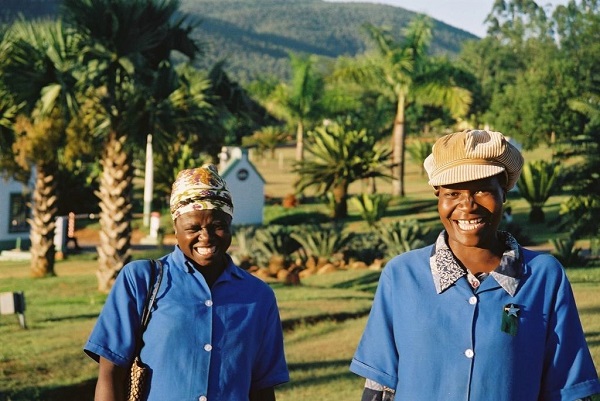 Eosta’s agronomy division Soil & More helps growers to convert and “to get over their addiction to agrochemicals. We help farmers with microbial composting, we assist them to harvest carbon credits. We’re with them right from the beginning and help them wherever we can.”

Furthermore, he says, they have observed a marked decrease in the incidence of red flag pests like false codling moth, citrus black spot and, on grapes, fungal disease when soil fertility to a depth of 20 cm, and therefore plant resistance, is improved. “We rarely find incidence of black spot in our fruit.”

Groundswell against reductionism that demands reality be adjusted to fit a paradigm
Volkert was working for Cargill at various offices worldwide when he ran into growers who told him they wanted to convert to organic but that there was no market. “I thought they were wrong and that’s when I started Eosta, which refers to the Greek goddess of dawn. I set about seeing if there was a market and if there wasn’t one, then we would create one, and that’s what we’ve done.”

The world is not going to solve the current problems with the reductionist thinking that caused it in the first place, he posits; the same approach that reduces the enormous power of the sun to LED lighting. “You can produce something on substrate with only a fraction of the spectrum of sunlight and you can produce something that looks like a plant but is actually a zombie plant which has nothing to do with your health.” 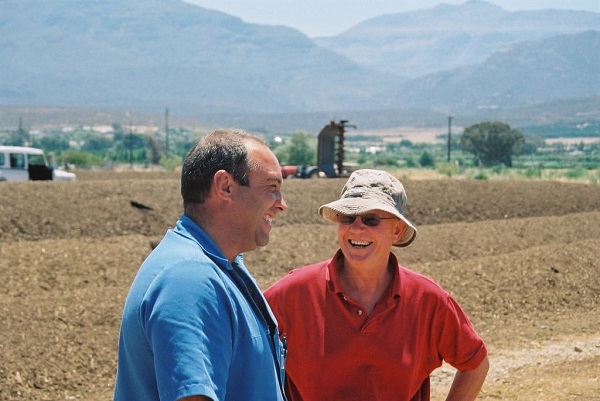 “Nature-inclusive farming systems see the value of fertile soils and the trillions of micro-organisms that contribute to the trillions of micro-organisms in your body. It is a holistic approach that includes the 99% of nature that perhaps we don’t understand yet. We should move away from the paradigm that only recognizes 1% or 2% from nature and then we adjust reality to fit with that paradigm.”

Eosta and Desmond Tutu: a meeting of minds 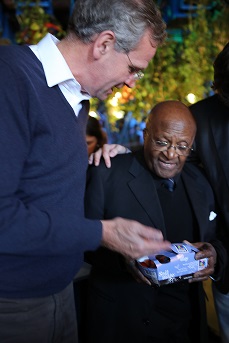 Eosta has had a particularly close association with South Africa, where the company has been procuring organic supply since 1994. Five years ago Volkert was among a group of international CEOs who were invited along with their sons by the Desmond Tutu Foundation to meet African community leaders in Cape Town.

Right: Volkert Engelsman with the late Archbishop Desmond Tutu, who supported Eosta's Save Our Soils campaign

“I honestly have no idea why I was chosen,” he remarks, but through subsequent meetings with Archbishop Desmond Tutu he came to recognize in him a kindred spirit sharing Eosta’s vision of melding ecology and economy.

The CEOs and their sons met the Amy Biehl Foundation (set up by the parents of a US student murdered in the early 1990s in Cape Town, “a stunning story of reconciliation”, he says), with Tony Elvin of Langa and with Earl Mentor of Masiphumelele and Oceanview fell on fertile ground.

“We work a lot with organic growers in South Africa but they’re all largescale and they’re all white, with the exception of Warren Bam whom we helped to convert to organic grape farming. We’ve been doing that ever since Mandela was freed from prison, and we felt uncomfortable with that. If you look at the Rainbow Nation ideal it is directly connected to sustainability and organic farming in particular and the idea that you decouple fair trade from organic is strange.”

He continues: “It was an extra drive for us to team up with township leaders. We started up organic township gardens, others we helped to set up organic box schemes for customers in Cape Town.”

“I never realised the effect on biographies and the de-traumatisation of working in these small gardens,” Volkert says. The community gardens also assist released prisoners in their re-integration into society.

There is an echo of Eosta’s wish to free conventional growers from “their addiction to agrochemicals” in their involvement in drug rehabilitation programmes in Cape Town.

"Do your little bit of good where you are; it's those little bits of good put together that overwhelm the world" - Desmond Tutu 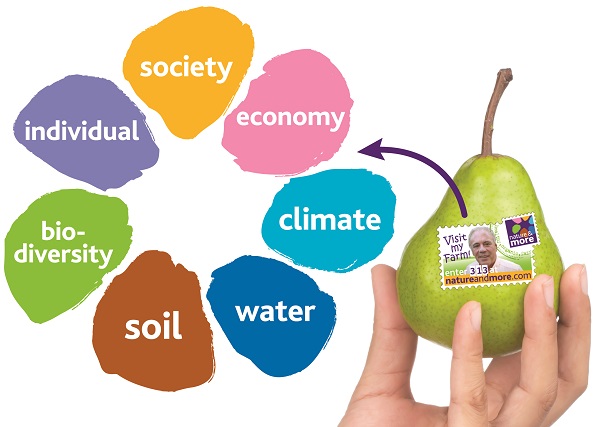