"This is the year of persimmons, with +15% added value"

The persimmon season at Italy's Aop Luce started in late September. The varieties available are Kaki Tipo, Kaki Vaniglia and, as of this week, the Rojo Brillante, which is available until February. "This is the year of the persimmon with yields 30% higher than last year. Demand is high and prices are about 15% higher than the average," said director Giacomo Galdiero. 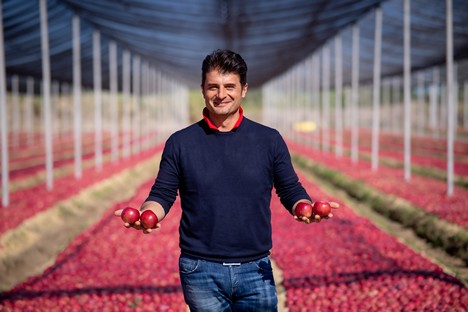 The cultivation of persimmons is a small niche for Aop Luce and completes the company's autumn references. 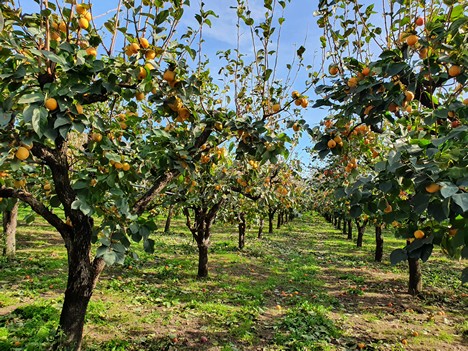 The persimmon Vaniglia is a crop typical of the Campania region and it is characterized by extreme sweetness. "It is mainly consumed in southern Italy, although it is well received in several outlets in the northern regions of Piedmont, Lombardy and Liguria. This year the quality is excellent, and the harvest lasts until December with the Vaniglia variety. 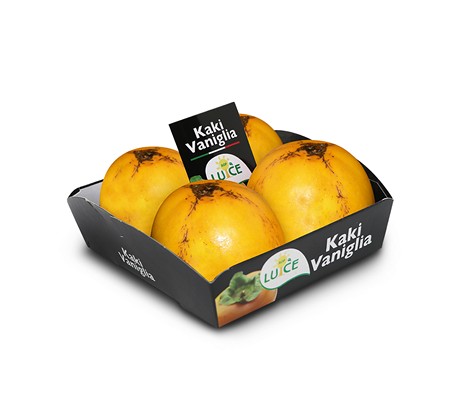 The Vaniglia persimmon is a traditional, ancient variety from Campania, characterized by its thin, yellow-orange skin and very firm, crisp, sweet flesh with a vanilla taste, from which it takes its name. Unlike other persimmons, it can be eaten immediately after picking. When the fruit is ripe, the sugar content can cause dark spots on the skin that resemble a cobweb. This is in no way a defect, as it is a distinctive feature of this persimmon. Aop Luce sells it in bulk or in trays of 4, which also includes a mini booklet containing information. 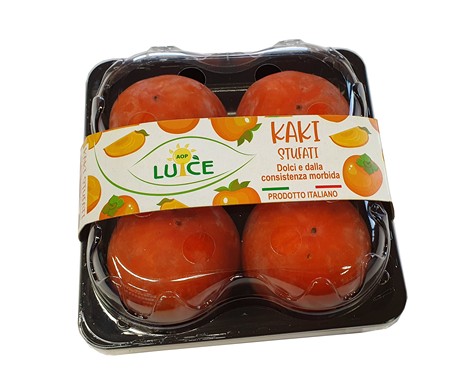 Most persimmons cannot be eaten immediately after harvest. They must ripen to lose their tannin content and to produce sugar, which make the fruit very sweet.

"The flesh of this variety is very soft, almost creamy, and the skin has an orange color, tending to red. We necessarily sell it packaged because, given its characteristics, it cannot be sold separately."

Aop Luce packs it in a 4-fruit black tray with a transparent lid, which has a cardboard band on it to show that the fruit can be easily eaten with a spoon.

"We want to expand the cultivation and marketing of Rojo Brillante, because we have found that this crop is very suitable for our region and because it is a good alternative to planting stone fruit. Sales will start in week 47 and will last until February. Since this variety has a global market, it is our ambition to also establish commercial partnerships with foreign countries in the future." 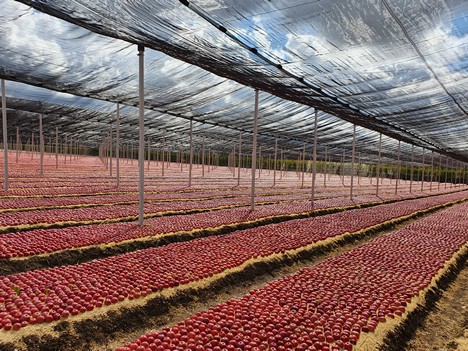 The queen of autumn references is and remains the Melannurca apple. "We are in the last processing cycle for late harvest apples. The melaio (the surface where apples are placed and manually rotated in order to reach the right red color) is in full swing at the moment and we expect to continue until the first ten days of December. Even if usually in the past years the reddening phase in the apple orchard was over by mid-November, this year it is still in progress, partly because the campaign started late, partly because of the rain that slowed down the ripening of the fruit. The production has however returned to normal and we have expanded the apple orchard to 6 hectares,” explained Galdiero.

Aop Luce's autumn products also include Wonderful variety apples, which currently average 400-500 grams in size. Consumption has not taken off this year and sales have been slow. 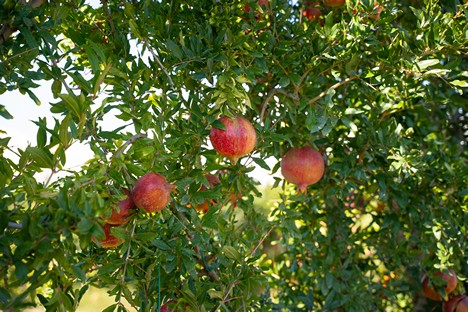 As for autumn vegetables, the main references are lettuce, chard, chicory and kale. "Black cabbage was already included in the assortment last year, but given the feedback from last year, Aop Luce has put more effort into it this year and allocated the additional 20 hectares to this crop. Consumption is not only of Tuscany but is appreciated in all regions of Italy, to the extent that the demand is adapting to the supply," explained Felice Petrillo, president of Aop Luce. 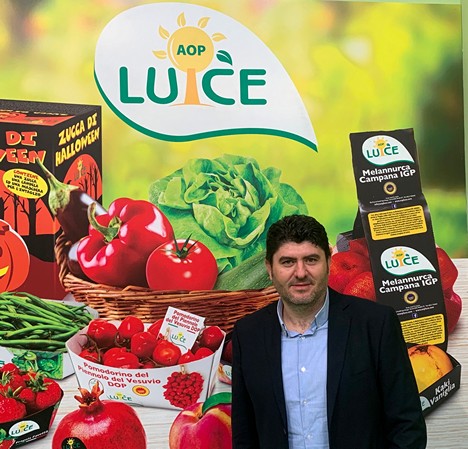 "The overproduction of lettuce from all regions of Italy slows down the market, which is unable to absorb the full supply. Aop Luce processes small quantities because it will go into full production in December, when other regions will have less product available. Regarding tomatoes, we are in the final phase of the season. We have achieved very good results with piccadilly cherry and datterino tomatoes. In this final phase, prices and consumption are low because the market collapsed a few weeks ago."