Organic food consumption is a growing trend throughout Europe, and Spain plays an important role as an EU supplier of organic products. According to figures from the Spanish Ministry of Agriculture, Fisheries and Food, the Spanish acreage devoted to organic production grew by 3.5% in 2020 compared to the previous year, to a total of 2.4 million hectares. The agricultural area devoted to organic crops now represents 10% of the national total. As a result, Spain is currently the number one European country in terms of area devoted to organic production. Within Spain, one of the main areas for Spanish vegetable production is the Campo de Cartagena, where many operators, such as Agriorbis, have opted for this segment. 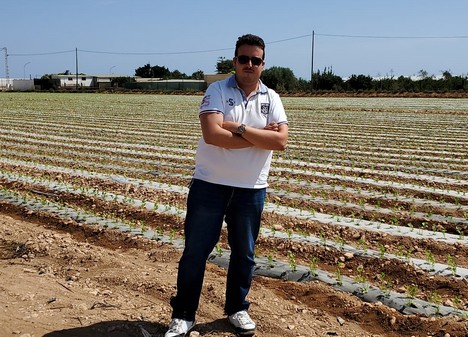 "Although we've only recently been known as Agriorbis, we are a fruit and vegetable company with more than 25 years of experience in the marketing of fruits and vegetables," says Laureano Villada, manager of the Murcian company. "Our goal is to meet the current needs that arise from organic trends. In recent years, the organic has been growing at a 2-digit rate, by about 15-20% year-on-year. We have made our own reconversion. We started in conventional production, whose margins and operating costs are very different, and we have focused on becoming a 100% organic fruit and vegetable company."

"We are the link closest to the producers. We work on the intake, monitoring, maintenance and export of fruit and vegetable products, integrating with the producers themselves," says the manager. The acreage devoted to organic production of the growers we work with currently exceeds 400 hectares. Of these, 160 hectares correspond to bell peppers, 150 to open ground vegetables, such as Iceberg, Little Gem or Romana lettuce, cauliflower, broccoli and celery, and 120 hectares correspond to citrus, mostly lemons, which is the main citrus fruit grown in the area of Cartagena.

"We only export to Europe," says Laureano. "In the domestic market, the organic is a growing trend. The demand from customers keeps rising every month, although it is still at a relatively low level compared to very large markets such as Germany or the Scandinavian market. In fact, together with the Netherlands, we are currently present in both markets, and our project for this year is to further strengthen our position in Germany, whose consumption rate of organic products has been soaring in recent years. Germany is a market with great potential, although we are also trying to generate some business in the French market, where we have obtained very positive feedback," says the organic sector professional.

The role of supermarkets
The promotion of organic products is one of the major strategies of the European Union. Through the Green Pact, it aims to transform the economy and achieve its ambitious goal of making Europe the first climate neutral zone in the world. However, the growth in the production must go hand in hand with rising consumption and profitability, and in this regard, according to Laureano Villada, supermarkets play a very important role, given their relationship with the final consumer. 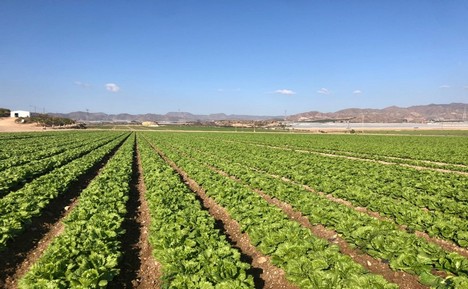 "Here in our area, for example, crop profitability is the main challenge we face. In the last 2 years, production costs have multiplied due to different factors, mainly derived from the weather, and we must remember that production costs in organic production are significantly higher than those of the conventional, so the final prices of both cannot be the same, as that would cause a loss of competitiveness. Therefore, consumer awareness is very important and supermarkets can play a big role. They can teach them the difference, showing them what this production actually entails, and above all, how sustainable organic products are for the environment," says the manager of Agriorbis.

New campaign around the corner
The new Agriorbis export campaign is just a few weeks away from getting underway. "We start in week 41/42 with organic celery, and from week 43 we will introduce the rest of the vegetables. Ignoring external factors outside of our control, such as the weather, we expect a very satisfactory campaign, with higher production and sales volumes compared to last year," says Laureano. "As for organic lemons, we will start very soon with the first Primofiori. The yield this year is good and makes us think that the volumes will be similar to those of previous years."