For Dutch raspberry farmer Piet Albers, it all started in 2019. He and GroenLevenset up the first trial field. This is a company that develops solar energy, The darker the panels, the more power they produce. But raspberries need light as well as shade. So, they had to reach the golden mean.

"We started with solar panels that allowed 11% light through. But that didn't work," Piet says. "That eventually rose to 40%. Now, the crop is similar to raspberries grown under plastic. Their size, flavor, and shelf life are pretty much the same."

These panels produce enough power to supply 750 homes. For Piet, there is an additional advantage. His raspberries are better protected from high temperatures, storms, and pelting rain. "Plastic can tear. I don't think these panels will quickly become damaged." Also, these solar panels cause virtually no inconvenience to anyone. People often resist projects where panels are put up on agricultural land or in water. 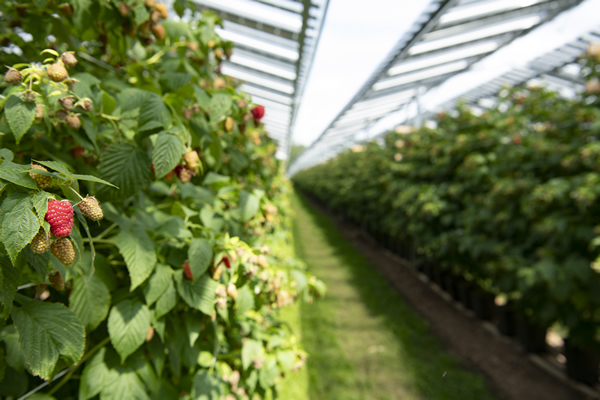 High costs
GroenLeven is running six pilot projects among crops in the Netherlands. "Not everything is equally suitable for cultivation under solar panels," says innovation manager Willem de Vries. "Like tomatoes, which need lots of light. Soft fruits, such as raspberries and berries, grow in forests. They need shade, so they are suitable for this." 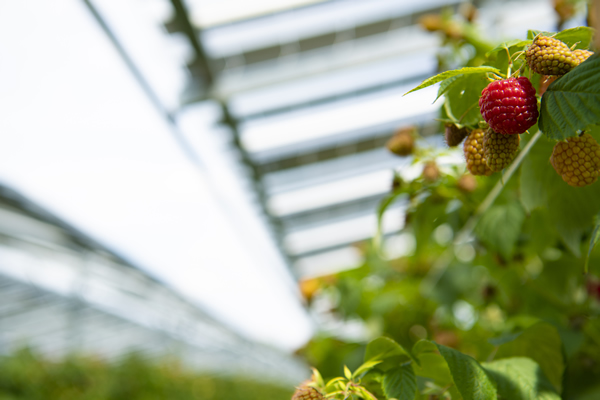 A major drawback is the tremendous cost of it all. "It cost millions to install the 10,000 panels in [the Dutch village of] Babberich. One hectare already costs more than €500,000. We can't do it without subsidies. It's the government's choice whether the country will be investing in this." 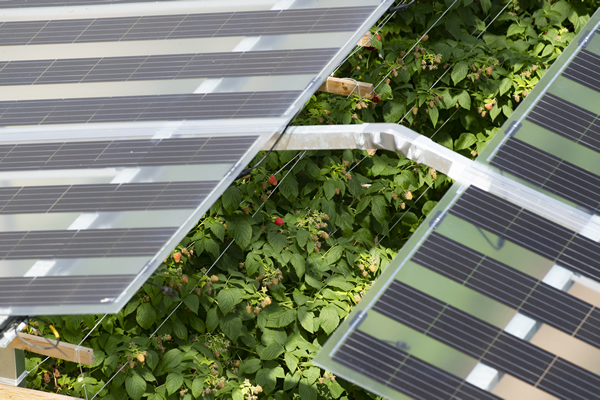 Redcurrant farmer, Rini Kusters, is currently running a pilot project. "At one point, it was 39°C outside; under the panels, it was 29. That's quite a difference," he says. GroenLeven is building a power delivery point on his land. "I believe in this kind of cultivation; I'm just not 100% about it yet." 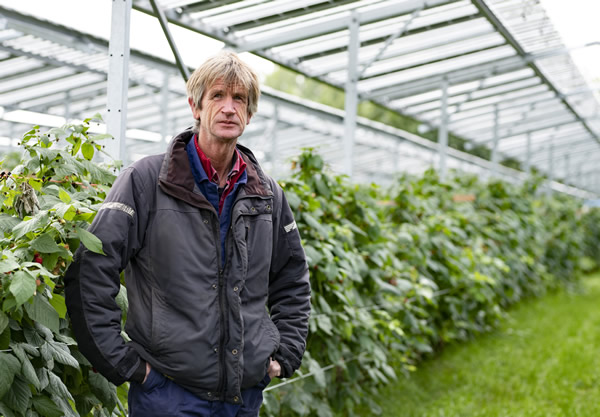 Dual purpose
Piet Albers was also anxious at the start. "It was exciting and also stressful. You don't really know what you're getting into." Meanwhile, the trial is receiving attention from all over Europe. Even from South Korea and the United States. "The academic world is very interested and is writing about it," says Willem.

After two years of trial runs, Albers has been won over. "Now we have a dual purpose - producing solar power and raspberries. What more could you want?" he concludes.