Woolworths has invested a total of $850,000 into two family-owned organic farms in the latest round of the Woolworths Organic Growth Fund, helping boost future production and bushfire recovery.

The two successful recipients in the fourth funding round – Red Plateau Organic Produce, and Bon Accord Organic Citrus – grow a wide range of fruit and vegetable varieties on farms in New South Wales and Queensland.

Red Plateau Organic Produce, based in Comboyne, New South Wales, suffered damage in a 2019 firestorm which swept through the surrounding area, burning more than 40 per cent of one of the business’ properties and many of its avocado trees.

A $500,000 grant from the Woolworths Organic Growth Fund will help the business rebuild, ensure water security for the future and invest in increased production with a new coolroom and a cherry picker for harvesting.

Red Plateau was founded by Sandra Fishwick, a long-time organic grower who began producing organic vegetables for wholesale and local markets in the 1980s. She now runs the business with her two sons. 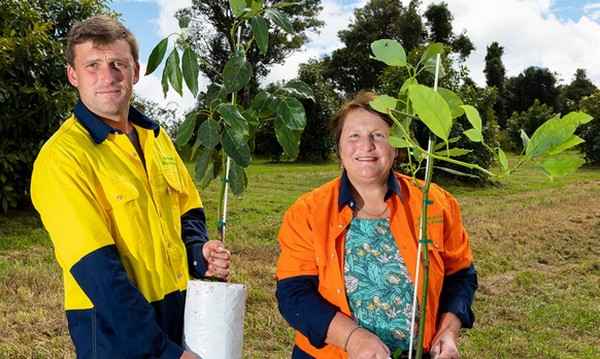 “We want to restore our farm to its former glory and will replant and expand with more avocados,” Sandra said.

“We have worked hard to make sure that what we have developed will continue for the next generation. Thanks to the grant from Woolworths we will be able to move forward and rebuild at a faster pace.”

The second grower to receive a grant from the latest round of the fund is Bon Accord Organic Citrus, an orchard in Gayndah, Queensland, which will use its $350,000 grant to bolster its shift to organic production.

After moving into organics last year, Bon Accord Organic Citrus’ Will and Anna McLay will use the grant to increase production with an expanded orchard and new equipment to better meet the unique demands of organic growing.

The McLays began producing conventional citrus in 2016, and quickly recognised the potential of organic production as a growing market. This led them to diversify with the purchase of a Certified Organic orchard in Queensland’s North Burnett Region last year.

Orchard owner and manager, Will McLay said the Australian organic market is growing.

“Consumers are looking for food that is grown in a healthy, sustainable way without chemicals. We believe there is a real opportunity to grow that market,” he said.

The grants also mark the beginning of new partnerships between Woolworths and the growers, which will see their produce stocked in stores.

The Woolworths Organic Growth Fund has been established to support eligible Australian growers in their organic farming projects.

Established in 2018 in partnership with Heritage Bank, the $30 million fund aims to assist fruit and vegetable growers to start the journey to organic farming or grow existing organic production.