Shortage of peppers in Almeria

"In a normal year, we'd be able to supply significant quantities of peppers for another month"

There is a limited supply of peppers in the European markets. The campaign is already at quite an advanced stage in Almería and should end in April. Volumes in March have been much lower than usual. Murcia has not started yet, and the Netherlands is also late.

Prices are high at the moment and actually shot up at the end of last week, very occasionally exceeding 5 Euro per kilo. The scarcest peppers are the red and yellow bell ones, as well as the red Lamuyo. 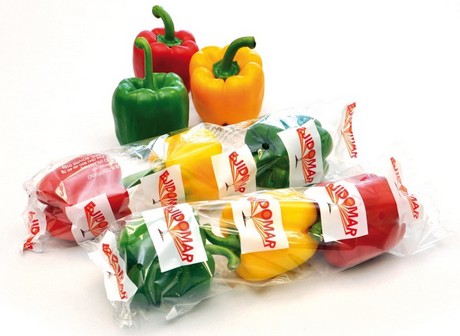 "While the impact of storm Filomena was immediately clear in crops like zucchini, eggplant or cucumbers, in peppers it has only become noticeable in March. The production volume has been significantly reduced and there will be very little supply in the month of April. In a normal year, we'd be able to supply significant quantities for another month," says José Antonio Baños, president of Ejidomar. "Besides, the frosts and rains also hit the pepper plants in Murcia, where they will start later this year."

The cold wave recorded in the Netherlands in February is also delaying the bell pepper season. Dutch produce is barely arriving. "In the coming weeks, there won't be a great supply of peppers," says the representative of this Almeria-based producing and exporting company.

Although market prices now amount to around 3 Euro per kilo, José Antonio Baños believes that the average price of peppers won't be as good by the end of the campaign. "In recent days, prices have risen a lot in the auctions. There has also been a bit of speculation, causing prices to reach some crazy levels, like the € 5.10 per kilo of red bell peppers. The truth is that, unlike last season, the average price has ranged between 0.60 and 0.90 Euro per kilo until March. Also, the yields per hectare have been lower this year."

Almeria's pepper exports to the North American market have been reduced due to the lack of available flights. "It has been difficult to find enough flights to ship peppers to the United States and Canada this year, given the reduction in air traffic due to the impact of the pandemic."

Ejidomar will start harvesting the first seedless watermelons after Easter. "We will start a week late due to the impact of the weather this year. The watermelon acreage is expected to remain stable this season, but the area devoted to melon cultivation in Almería will likely increase a little for the first time in several years," says José Antonio Baños.