During the "Il rinnovo della castanicoltura" convention organized by CSDC in Marradi, expert Luciano Trentini revealed how Spain and Portugal are the countries investing more in intensive chestnut groves.

"After the production forecasts on a national level, the time has come to discuss the situation on a European level. Over the past few decades, Europe has lost a significant part of its chestnut groves. According to the analysis performed by European network "Eurocastanea"; it would take another 40,000 hectares to rebalance the situation." 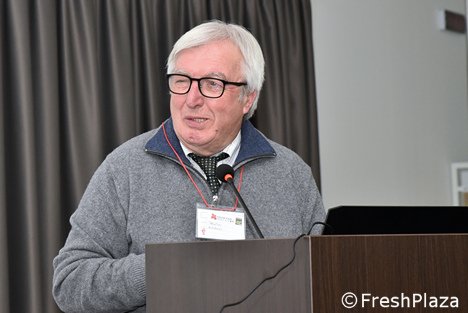 "The operators performing the most investments are Spain and Portugal, where regional and national development plans have been set up to increase their competitiveness on a European level."

Spain
In 2019, Spain produced 25,500 tons in Galicia (10,000 tons.), Castilla y Leon (7,200 tons) and Andalusia (4.,00 tons). Around 50% of the production (approx. 13,000 tons) is exported and the main buyer is Italy (25%), followed by France (13%) and Portugal (7%). Overall, the value of the chestnuts exported exceeds €25 million. Forecasts for the current year see a slight increase in volumes, estimated at 28,000 tons. Better grades and setting were favored by the positive weather conditions thanks to regular rainfalls in spring and summer. There are however problems that can affect the quality of fruits, such as e.g. Gnomoniopsis in some areas of Andalusia and the chestnut gall wasp inGalicia and El Bierzo, where damages could exceed 30%. 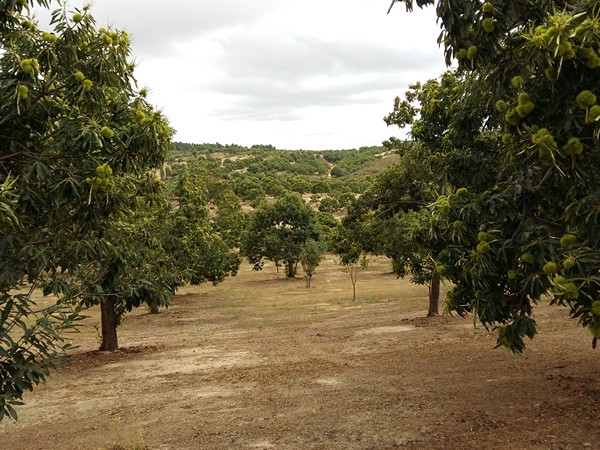 A grove in Portugal (photo by L. Trentini)

In 2018, Portugal exported 15,000 tons for a value of €45 million (€3/kg). In this case too, Italy is the main buyer as it purchased 55% of the production. A significant part of the Portuguese production comes from new orchards.

France
The French chestnut production declined rapidly over time, as it decreased by 90% over the past 60 years. Groves currently cover little over 10,000 ha, though there will probably be further reductions as most chestnut groves are located in mountain and other difficult areas. Anyway, existing chestnuts can supply 60% of the overall chestnut production of the Sativa variety. 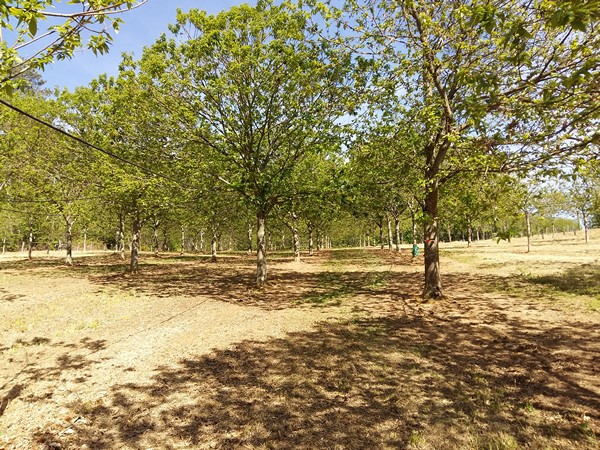 The remaining 40% is grown in new modern groves of hybrid cultivars (Bouche de Betizac , Marigoule etc.). These new groves are developing quickly, although quality does not always meet expectations. The overall production expected for 2020 is 7,500 tons. The leading producer is the Ardéche region with around 5,000 hectares.

In Nouvelle Aquitaine, groves cover 1,800 hectares. A 30% drop in volumes is expected for 2020 for new varieties, especially when it comes to Busch de Betizac.

In Occitane, there are approximately 2000 hectares of chestnut groves producing around 1000 tons.

Produciton is good also in the Var region, where there are around 2000 ha, though the little rain affected grades.

Finally, in Corsica there are around 700 hectares and production is expected to be similar to 2019, most of which will be destined to the production of flour (AOC chestnut flour). 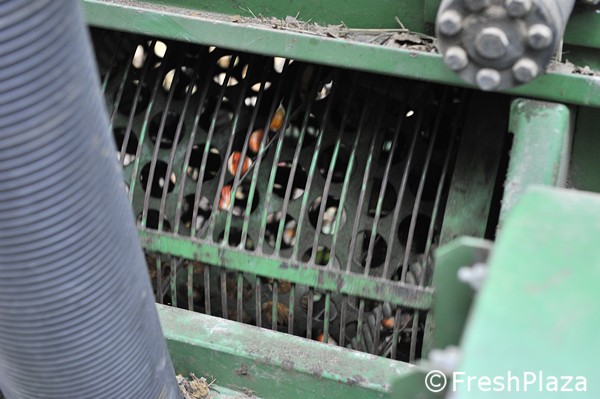 Austria
Austria is a relatively young chestnut producer, just think that groves only covered 23 hectares in 2014. This year, volumes are estimated at 120 tons, mostly commercialized on the fresh market. Processed products generally found on the domestic market are imported. The country has worked hard to update its chestnut groves since 2012 by setting up new high-density groves. 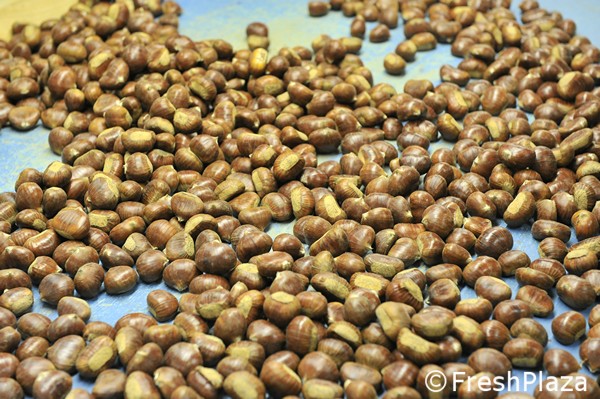 Turkey
Turkish chestnut cultivation is becoming more and more important on the European productive and commercial scene. The climate in some areas is particularly suitable for chestnut cultivation and most of the groves are located in the Aydin and Bursa area. In 2019, Turkey produced over 70,000 tons obtained from approximately 127,000 hectares. In that same year, 80% of exports were sent to Italy. Around 14,000 tons were exported in 2018 for an overall value of $36 million. As for 2020, volumes are expected to be 10% lower than last year, i.e. little under 65,000 tons. Harvesting started around 10 days later than during the previous year.

Greece
Around 10,000 hectares are cultivated in Greece, expected to produce between 15,000 and 17,000 tons, lower than 2019 due to the weather. The strong wind and little rain affected fruit quality and grades. What is more, Gnomoniopsis is spreading more and that is more for worrying producers.

Albania
Over the past few years, the production from Rec and Tropoja has increased and is expected to increase further due to the new investments. Exported chestnuts are sent to processing plants, especially in Italy. Most of the production derives from old groves in the mountain areas, but new more modern ones are currently being planted with varieties more in demand.

"CSDC in Marradi remains available to provide information to all those interested in this precious species."