Canadian blueberry growers are watching and waiting as the United States International Trade Commission (USITC) launches a trade probe into supplies of the popular fruit.

Canadian growers were first made aware of the issue on September 1st when the United States Trade Representative (USTR) announced it would instruct the USITC to launch an investigation analyzing whether U.S. blueberry growers were being affected by imports.

“Global production has exploded in blueberries. Canada and USA used to be the traditional growing countries but recently we are seeing growth in South American countries as well as in Mexico,” says Anju Gill, executive director of the B.C. Blueberry Council in Abbotsford, B.C. “Perhaps that’s shaken the market a little bit and as a result, getting more attention.”

Three-phased approach
The trade probe involves three phases: the first one examines whether there is a surge of imported blueberries and whether there’s injury to U.S. growers. Following the report for that deadline at the end of March 2021, if the USITC determines there is injury to U.S. growers, Phase Two will determine what the trade remedy would be. “That could mean tariffs, trade quotas and other alternatives,” says Gill. In the third and final stage, recommendations are presented to the U.S. president to determine how the remedies would be imposed. 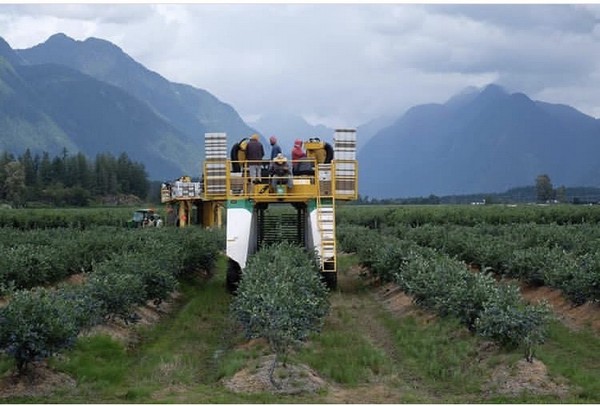 While Gill says it’s too early into the process to think about what impacts this might have, the council is responding proactively. They are preparing to defend the interests of blueberry growers through joint retention of a lawyer with the Canadian government, says Gill.

She also adds that the blueberry industries in each respective country have a strong working relationship. “We share research and other activities together and we also import blueberries from the U.S.,” she says. “We’re watching closely and working with the Canadian government on this case. We are prepared to face this investigation.”