The launch of a new cauliflower crisp is the latest in a line of healthier snacks, using what are known as ‘ugly’ vegetables. Clare Johnston discovered how demand for nutritious and eco-friendly food options is helping Scotland’s farmers build a sustainable future.

Just seven years ago, as much as 40% of fruit and vegetable waste was attributed to their ugly appearance. But a shift from farmers, and lately retailers as well, to turn this around, is helping to reduce wastage and make farming greener and more sustainable.

Waitrose recently announced it has relaxed its size and shape guidelines for the carrots, parsnips and asparagus it buys from UK farmers, while Morrisons has reported that consumers were buying more misshapen food, and Sainsbury’s and Tesco are including wonky veg in their recipe boxes, smoothies and soups.

The last two years has also seen the rise of the healthier vegetable-based snack, offering shoppers fast foods that are higher in protein and fibre and more nutritious than the average crisp or bar.

The latest to hit the market is a cauliflower crisp from Scottish brand, Nudie Snacks, produced in partnership with Cupar-based Growers Garden which was formed by the East of Scotland Growers collective of 16 farms.

Thecourier.co.uk reports on British company Nudie Snacks, that has launched sales of cauliflower chips and vegetables. At the moment, there are only two flavors in the assortment: cheese and caramelized onions and katsu curry. 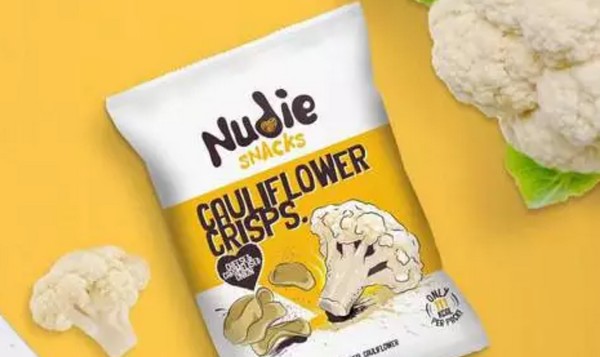 “This is the perfect snack, without compromise in taste or quality. Given the health risks associated with diabetes, obesity and the coronavirus, it is more important than ever to keep your immune system and gut health in good shape, ”said Nudie Snacks founder Tracy Hogarth.

The production of such a snack reduces food waste. This is because chips are made from vegetables, which are often thrown away due to the fact that they do not meet the standard requirements for shape and size.