Dutch tomatoes that are cultivated under lights are selling very well this year. This is according to Bart Zeevenhoven of the Dutch wholesale company, Scherpenhuizen. "Prices rose sharply after the festive season. Other production countries had to deal with the extremes in weather. Due to too little light, the production from the lighted crops was low too. As a result, prices have been high for about four or five weeks now."

The increase in the off-season cultivation, made possible with HPS or LED lights, does play a role in the price of Dutch tomato on the vine. Bart, who is the Head of Purchasing at Scherpenhuizen, has noticed this. "Up to a few years ago, you were used to prices of these tomatoes rising. They went up to €10 by the end of January. That is no longer the case. That is purely as a result of the expansion of lit cultivation. The supply of tomatoes on the vine has increased considerably."

"Extreme weather conditions are only on the rise in countries such as Morocco and Spain. In the coming years, I, therefore, expect more demand for Dutch tomatoes that are grown under lights. This type of cultivation can, after all, be better controlled," says Bart.

Scherpenhuizen offers the entire package of TOVs, cherry tomatoes, and cocktail tomatoes. These are all grown under lights.

Spanish product not of the best quality
"The supply from Spain was dismal in recent weeks. A little more product is now coming this way. But, when it comes to quality, of late, the Spanish product has not been the best." It is still difficult to judge how the traditional Dutch Season will begin, according to Bart. "It starts depends greatly on the situation in Spain and Morocco."

"It seems the beginning of the year will be good for bell peppers. This is due to fewer settings. The first green peppers are now popping up all over the market. There were hardly any cucumbers available a few weeks ago. They were going for as much as €1.10 to €1.20 apiece. However, when it comes to cucumbers, we are well aware that their prices can drop just as easily. They are now selling at around €0.50 again." 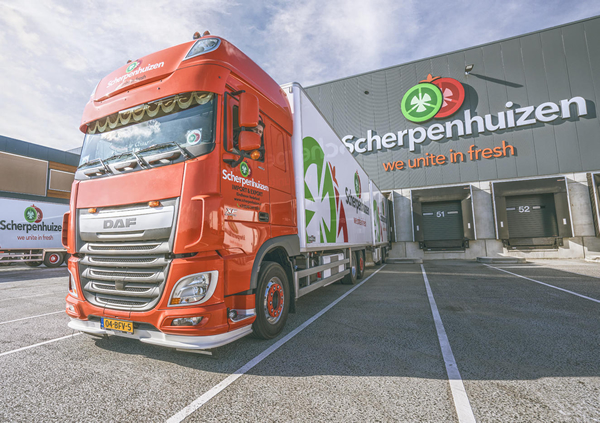 According to the buyer at this Dutch company, there is a general demand across the board. "This is then reflected in current prices. All countries are doing well. The Netherlands, Belgium, German, and the United Kingdom have high-value cultivation. Besides this, there is a lot of competition from local, outdoor farming in other European countries."