Fair held at a different location for the first time

For decades, the World Food Moscow Trade show has been held in the Expocentre Moscow. This year, however, for the first time, it took place in the Moscow Crocus Expo center. This conference center is easily accessible via the metro.

In other years, the fruit and vegetable companies were concentrated in one pavilion. This year, these businesses were more spread out throughout the building. For example, the Azerbaijani and Algerian fruit and vegetable companies were part of their countries' grandstand. Mexico was not represented. Due to internal disagreements, the Mexicans decided to stay home this year.

Hoofdman-Roodzant has been supplying the Russian market for many years. Since last year, they are the only Dutch fruit and vegetable company with a stand at World Food in Moscow.

About 30,000 people from 90 different countries were welcomed by 1,762 exhibitors. Most of the visitors were Russian. For fruit and vegetable businesses, World Food is now a trade show that not only showcases fruit and vegetables. There are also now stands with fish, meat, and coffee. Unlike at the previous location, the buildings at the new venue are connected. The other conference center consisted of multiple, separate buildings.

International
WorldFood has been a household name for years now. Even after the boycott, European companies still attend as exhibitors. There were Italian, French, Dutch, and Belgian businesses present. The Flemish Center for Agricultural and Fisheries Marketing, VLAM, has had a group stand at this trade fair for quite some time.

Most of these companies want to remain in contact with their Russian business partners, in the hopes of change. There were also, of course, Russian exhibitors. But besides these, there were stands from other countries too. These included China, Korea, Egypt, Turkey, Azerbaijan, and Poland. This made this trade show truly international. 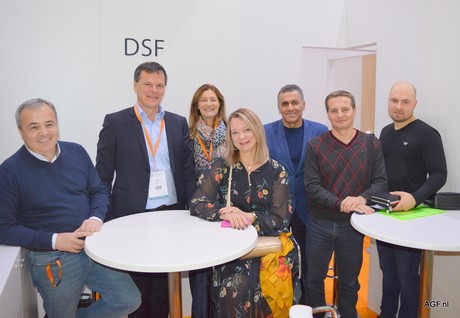 2nd from the left is Dries Sebrechts. He is with his wife, colleagues, and clients.

Iran
In the aisles, there was talk about the fact that Iran has become an important supplier for the Russian market. According to traders, Iran supplies high-quality bell peppers, tomatoes, and lettuce varieties. The Russian local cultivation has also grown sharply. The quality of these products is, however, not great. Russia is investing heavily in its fruit and vegetable sector's production facilities. 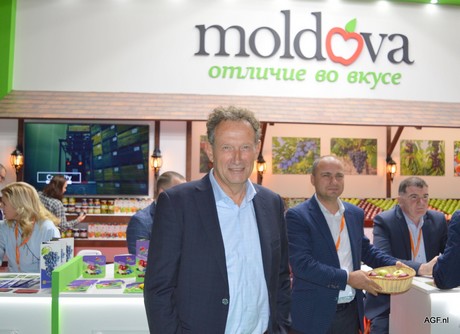 Conference
In Russia, the Conference remains the most popular pear. But, thanks to the ban, the Russians have had to go in search of other suppliers. They could no longer use Belgium and the Netherlands. This endeavor, however, seems to have proven difficult. Not many countries can supply such a long-lasting, high-quality product. It seems the Belgian and Dutch climates are perfect for growing Conference pears. In a good year in these countries, 40 tons of this pear variety can easily be harvested.

Kees Oskam, a trader from the Netherlands, visited the trade show. He did not come to Moscow for the Russians alone. There were other countries present who are equally interesting. Kees wants to continue investing in his network, including Russia. He expects this country will eventually open its borders to European products again. "We are past the halfway mark," he says. 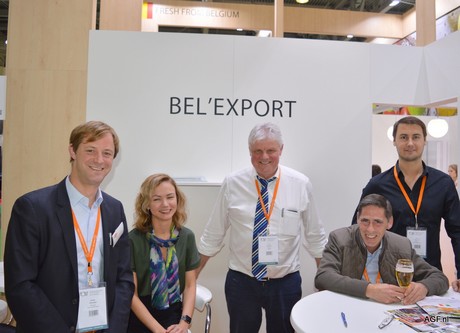 There are many photos of Russian supermarkets at the end of the photo report. What do Russian consumers pay for fruit and vegetables? (1 Euro = 70 Rubles)