Fresh Connections draws wide spectrum from African agriculture and beyond

Doing business in Africa was a strong focus at the conference, with Dr Johan van Deventer, general manager of Freshmark, giving tips to delegates, having overseen the opening of Freshmark Checkers stores in many African countries. Some countries are easier than others, with import tariffs and transport costs pushing up the cost of products. “Transport is a killer,” he notes, “it wasn’t that high when we started.” 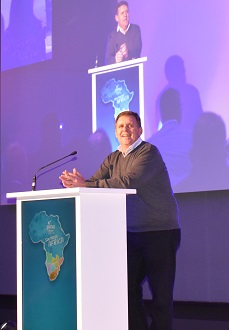 Brian Coppin of Food Lovers Market (right) pointed out that the attention on plant-based diets and the growth in vegetarianism and veganism “plays right into our hands”. He also recounted the positive reception from consumers to their plastic bag reduction.

They have decided to be the latter and there are major infrastructure upgrades on the go at City Deep to create a Mandela Market Precinct with a packhouse for emerging farmers.

Sean Moolenschot of Savenda Global Capital Partners told delegates that the first sod is to be turned soon in Lusaka for Zambia’s first agent commission-based fresh produce market and the first, he said, outside South Africa. It is due to open in 2020 and will also comprise an aeroponics growing facility and commercial retail section. He pointed out the absurdity of South Africans declaring their intention to “expand into Africa”, as if it’s a separate continent.

Dr Rutendo Hwindingwi of Deloitte used the examples of Muhammed Ali’s surprise triumph over George Foreman in the Congo and the Tanzanian Olympic marathoner John Stephen Akhwari to demonstrate the lessons he has gleaned into business success in Africa. 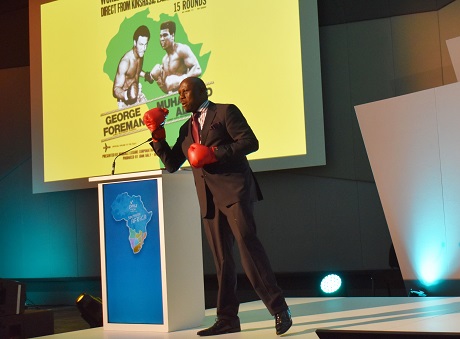 Price discovery and the invaluable role of the fresh produce markets was a theme that recurred and a number of delegates expressed their appreciation of the existence of these outlets giving them an alternative to retailers.

Charley Xu of Win-Chain and Peter Zhu of Pagoda gave delegates an overview of what their companies were sourcing and how they were reaching consumers in China, while Ruth McLennan of the Dairy Farm Group gave an overview of the broader Far Eastern picture. All emphasised the importance of full traceability.