The outlook for this year’s South America cherry season is bright. Chile, the world’s largest cherry growing country, is expected to see a production increase of about 25 percent compared to last year and Argentina’s production is forecast to be similar versus last year.

“We are shipping from both countries and it’s a very good season so far,” says Ryan Lockman with North Bay Produce. While Chile largely focuses on cherry exports to China, a production increase means more cherries will be available for the US market. As a result, North Bay expects to bring in higher volumes from Chile this season. Argentina’s exports are more evenly distributed over North America, Asia and Europe and import volumes into the US are expected to be similar compared to last year. 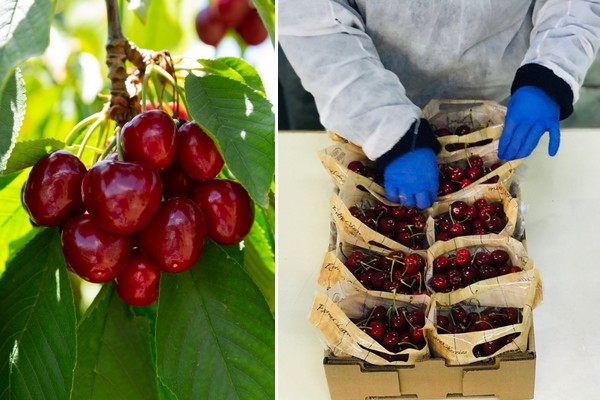 Midwest and Southeast distribution
In general, about 70 percent of North Bay’s cherries enter the US by sea, into Port Everglades and the Port of Philadelphia. The remaining 30 percent is flown in by air. With volumes from Chile and Argentina hitting peak levels now, North Bay will receive one container and one air shipment on a weekly basis this month into their Mascoutah, IL and Miami, FL warehouses. “With key distribution located in the Midwest and Southeast, we allow retailers to react quickly without having to keep large inventories. Pallets of cherries can be added to multiple deliveries per week along with their regular berry and strawberry orders.”

Increased imports are not only the result of Chile’s production increase, but also the consequence of a much-improved supply chain situation. “Logistics wise things seem to be much better this year,” commented Lockman.

Abundant volumes allow for cherry promotions throughout the month of January. North Bay offers multiple sizes, including XL, Jumbo, and Extra Jumbo. Retailers seem to have a preference for 11 lb. (5 kg.) boxes with 10 bags per case.