It’s a tale of two levels of supply. That’s the story of how supplies of wild blueberries look going into the 2022-2023 season. “We’re going into this new crop on conventional with people looking for prompt shipments. The crop was slightly oversold last year so many customers are coming in with urgent needs,” says Shiara Powell with SunOpta. “I do think availability is sufficient to get product on the road quickly and us back into a balanced position on conventional.”

Meanwhile, on organic wild blueberries, the 2021-2022 supplies were extremely short which in turn drove up the price. “Many processors and customers may be coming in slightly longer on position. That’s probably related to slow pull-throughs at retail because of higher pricing,” says Powell.

Shiara Powell in an organic wild blueberry field during a recent trip.

In North America, wild blueberries are largely grown in Quebec, Nova Scotia, New Brunswick and Prince Edward Island in Canada and in Maine in the U.S. Generally Maine is one of the larger growing regions, though this year, drought issues have affected its supply which will be down. “New Brunswick and Nova Scotia’s volume should be up a little bit and Quebec will be up significantly over last year. Last year it had crop issues with frosts and other climate issues,” she says. Overall supply will be up this year due to that better production in Quebec and other areas.

Climate is the biggest concern in growing wild blueberries, a fruit that only grows native to their environment. “We’re seeing warmer summers and erratic weather patterns and it’s not uncommon to have freezes or other significant issues,” says Powell. “They thrive in areas more prone to frost and with the increased summer temperatures, the drought or heat can really affect yields.” It effectively ripens the berries and makes them ready for harvest yet they’re smaller and lighter in weight. “That’s what happened in Maine. It was hot so the tonnage per acre is down. In Nova Scotia/New Brunswick, it’s a more mild climate and they had rains so the fruit on the plants is really large.”

Sizing imbalance this season?
Powell notes that fruit from those two provinces as well as Quebec is larger than normal and if anything, this season could see a supply imbalance in terms of sizes with higher distribution of larger fruit.

Meanwhile, demand for wild blueberries is stable, especially in conventional fruit. “In organic demand, until retail pricing flows back through to a more normal price, demand has softened quite a bit. Industrially and ingredient-wise, demand is still there and the price on organics is expected to soften. That should help reinvigorate that demand,” she says. However, that may not happen until June 2023. 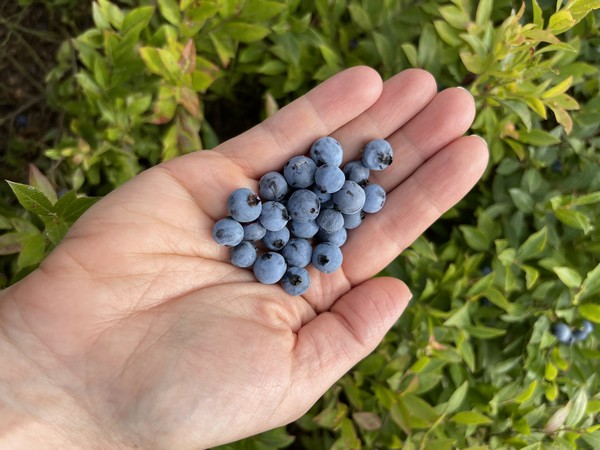 Powell says there are seven strains of wild blueberries that range from dark skin to light blue, powdery skin. This is a lighter skin strain of the wild blueberries, one that she prefers given the flavor is slightly more acidic and brighter. Within the same field, you will see a variation between dark and light wild blues.

In terms of uses, wild blueberries see demand for larger fruit, 1/2 inch and up, going to retail while smaller fruit heads to industrial applications such as jams, juices and purees and bakeries.

As an industry, Powell notes that growers are working on increasing their acreage--however that process can take seven years minimum before harvest and 10 years to maturity. “They have to get a good saturation with blueberries so it’s worth their time to harvest,” she says.

Turning to forest-harvested fruit
In that sense, it’s a fairly future-looking industry that doesn’t generally respond to year-on-year surges in demand or offset supplies. “The only option is buying more forest-harvested fruit. That’s a market that used to be more capitalized on but the labor costs make it unsustainable in today’s market,” she says, noting though that last year when markets were short, more forest collection points were opened up because the price justified the manual harvest in the forests. 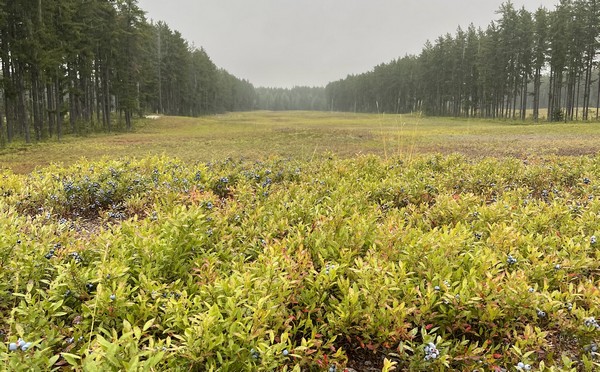 An organic wild blueberry field in Quebec, Canada getting some helpful rain.

And then there’s export demand where markets such as Asia have strong demand for the wild blueberry, a product that’s appreciated for its health there. However, Europe also has sizable demand for the berry. “And while Ukraine is a growing region for wild blueberries, harvest labor availability is down there,” adds Powell. “Here, the strength of the U.S. dollar is going to impact the market significantly this year, especially in exports to Europe.”