South African domestic market: ”We’ve never had a citrus year like this”

On the domestic market, prices for South African oranges are 20 to 30% lower than usual, selling for an average of R2.50 and R3 per kilogram.

“It’s a mess,” declares a municipal market citrus trader who doesn’t want to be named. “We’ve never had a citrus season like this, I’d say it’s one of the most difficult years we’ve ever had.”

Since May they’ve been oversupplied with lemons, soft citrus and oranges, he says. "Prices are not historically low but it’s certainly the lowest prices we’ve seen since 2010.”

Adds a trader at another agency selling citrus at the Johannesburg municipal market: “I’d say prices are between 20 and 30% lower than last year, it’s down by quite a lot. When there is such a big supply, there’s not much you can do about it.” 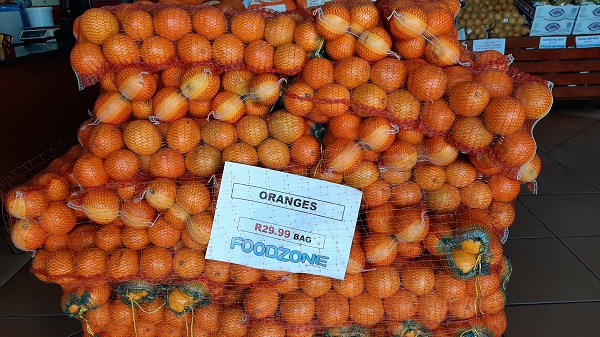 “The buying power has not been great, which is a reflection of the greater economy,” he says. “Sales are slow – there’s just not a lot of money out there. We’re not selling as much as we did last year or even in an average year.”

Impact of hurdles to exporting
As for the impact of constrained exports, he notes that it’s very difficult to say which of the product on the floor would have been exported otherwise. “But I can tell you there’s a lot of citrus coming to the market that wouldn’t normally be coming to the market.”

“We might have more lemons on the market than South Africa exported last year!” quips a Johannesburg trader. 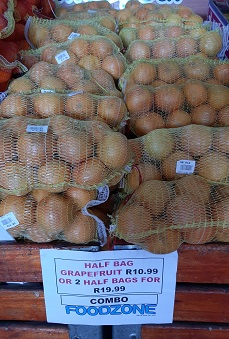 “But seriously, it’s a very difficult season and an uphill battle. At the Durban market we’ve been receiving a lot of volumes of fruit that would have been exported but the fruit waited so long for available containers that they have had to be re-inspected for exports, and then they are rejected and taken to the Durban municipal market.”

Generally, citrus exporters note that container availability has eased but reports are shared of the exorbitant transport costs growers are paying for trucks from the north of the country down to the harbour.

Orange juice prices are on par with 2021 levels at between R1 and R1.20 per kilogram, a pricing level regarded as accurate by citrus producers, FreshPlaza was told.

Retailers have also been offering promotions on citrus.

“The amount of citrus that can be exported will determine our local prices to a large extent,” noted Dr Johnny van der Merwe, agricultural economist, in his weekly overview of market prices.