He notes that while volume looks generally similar to last year, there may be a little less overall because of water issues in California. “It’s been tough getting water allocated that you need in your district. That’s made it a little difficult for some growers,” he says. Production stays in California until approximately the end of September or the beginning of October. That’s when Legend Produce moves to its fall crop coming out of Yuma, Arizona. 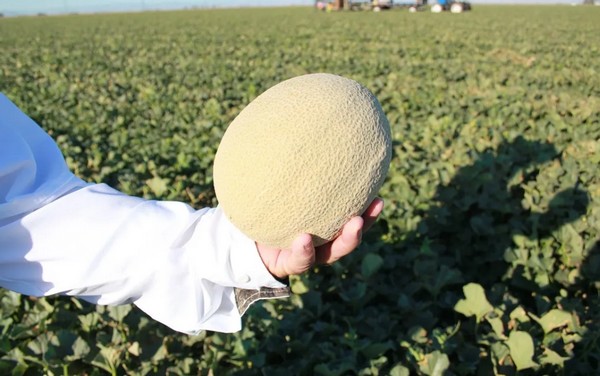 July vs. August
As for demand? “It’s not great right now, though we’re used to that going into August,” Bootz says. July, including the July 4th weekend, tends to be strong for melon demand. However that generally softens come August. “It’s an interesting time. We had some hot, humid weather at the start of the West side deal in early July which caused our fields to come on early. So we had limited supplies in July for a week or two and other shippers also had lighter supplies,” he says. “There was a time where demand was pretty good because supplies were low. Now suddenly in August, everybody has more supplies on hand and demand has gone down so it’s a perfect storm where good supplies and low demand mean prices are down.”

However, that’s not unusual for August, a time when shippers historically have decreased prices to keep product moving. “For the most part, pricing is around $9-$11,” Bootz says. “Unfortunately, I don’t see anything in the near future that will drive the market up, assuming supplies remain steady for the rest of the West side summer deal. I think it’ll hover around those prices.”