President Cyril Ramaphosa of South Africa has welcomed "the commitment to resolve current and urgent trade matters particularly on the export of citrus products from South Africa to the EU," the South African Presidency noted after a bilateral meeting between him and European Union Council President Charles Michel in Pretoria yesterday. 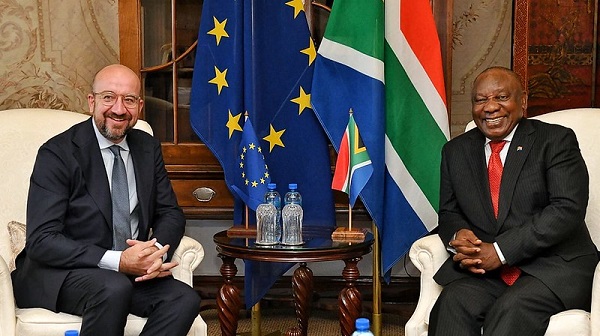 From various quarters, calls had been made on the South African President to intervene in the matter of the so-called 'floating consignments' of oranges shipped to the EU arriving 14 July, the start date of the new orange protocol. The South African citrus industry seeks to save around 2,000 containers of oranges, with an estimated worth of over R600 million (34.4 million euros).

"President Ramaphosa supported the process of further discussions to be held at Ministerial level to work out a solution that will allow for sustained trade in the citrus sub-sector," noted the Presidency's statement.

The European Union is South Africa’s largest trading partner as a bloc.

New markets, especially in the East and in Africa, have opened up for South African fruit over the past two decades, reducing the country's heavy reliance on Europe as an export destination for certain fruit categories.