Butternut pumpkin cultivation in the Iberian Peninsula has increased from nearly 400 hectares 8 years ago to more than 4,000 hectares in 2021. Its consumption continues to increase every year and, although it can already be found in most supermarkets, its share is still very small compared to other vegetables and fruits in Spain and in the rest of Europe. 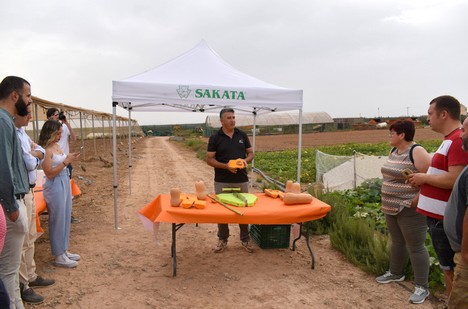 The Butternut Conference II was held this week. The event was attended by more than 100 people and in it, the main specialist of the pumpkin chain analyzed the business opportunities of the pumpkin. Javier Bernabeu, manager of Sakata Seed Iberica and host of the event, opened the Specialist's Panel and stated that the foundations -from plant improvement to producers, industry, distribution, and chefs- had been laid to achieve the medium-term goal of doubling the consumption of pumpkin in Europe. 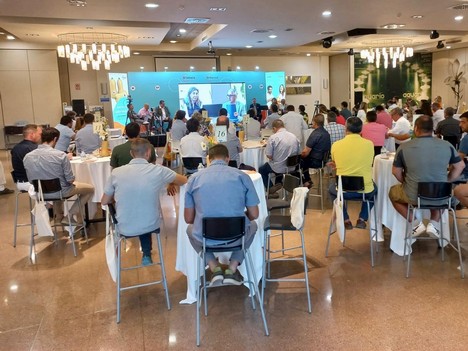 The Love Klabaza project, which brings together producers from Spain and Portugal together with the seed company Sakata to promote the consumption of pumpkin, is one year old. The first promotional campaign, ‘If you love me give me pumpkins’, achieved more than 5,000 followers on social networks in just 8 months, 42,000 visits to the web, 350 appearances in media, and 1,000 subscribers on Youtube. 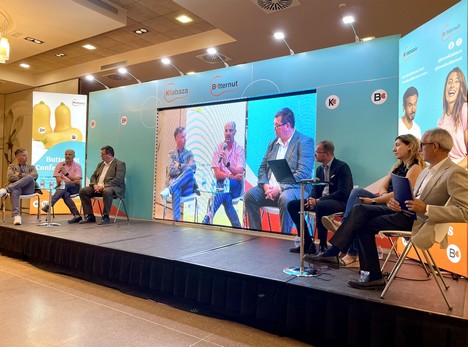 With a 15% annual growth in sales, Cedric de Mulder, manager of fruit and vegetable purchases at Consum, said that “pumpkin is a strategic category for us. It's essential that we boost marketing and promotion events when the product presents the best quality to help achieve these results. Projects like Love Kalabaza can boost its popularity a lot, just like + Brocoli boosted broccoli consumption. 15 years ago, Spanish consumers barely knew about the existence of broccoli and now it has become a staple product." 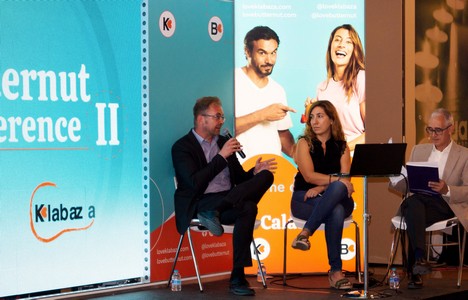 According to Christian Palacios, from the Vicente Peris production and marketing company, which also specializes in the IV range, "the consumption of pumpkin has increased exponentially thanks to the application of technology for the production of IV range products, which has allowed making it more convenient for consumers. Pumpkin has gone from being a product for feeding animals to having more and more commercial value. Its sugar content must be high and it must be cut at its optimum point so that consumers have a good experience." 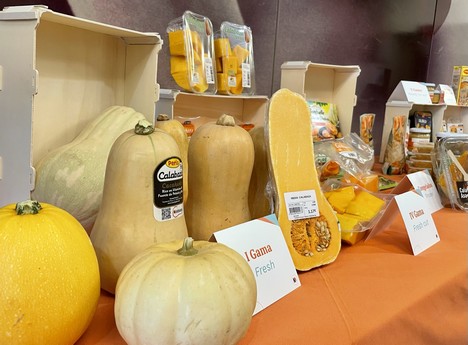 Jose Antonio Rodriguez, a consultant with 20 years of experience in fruits and vegetables in the Carrefour group, spoke of the need to make pumpkins more visible in supermarkets, especially with more variety in the IV and V range products: "This product gives the chains few headaches because of its high profits and low decline, but there's still not many pumpkin-based products available. Pumpkins still have a long road ahead and we have to make it easy for them; consumers want ready-to-cook or ready-to-eat formats." 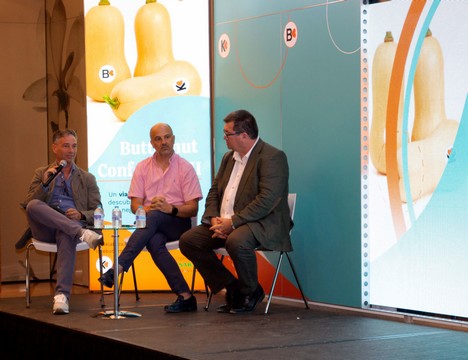 In this sense, Elena Sanchez, head of R&D at V Gama de Surinver, added: "In addition to chopped pumpkin and creams, there are many other possibilities to exploit, such as, for example, using it in salads, as a dessert. They can also be cooked as chips, snacks, juices, and smoothies. In addition, we have to disseminate the pumpkin's nutritional properties, not assume that the consumer knows them."

National pumpkin 12 months a year, is key to sustainability
One of the great advantages of the new Butternut varieties is that they can be produced 12 months a year, which is key so that the country doesn't depend on southern hemisphere countries and to reduce the carbon footprint. Consumers can consume pumpkin that is grown in Spain and Portugal throughout the year, a decisive argument for the purchase decision", stated Jose Garcia, general director of SAT San Cayetano. 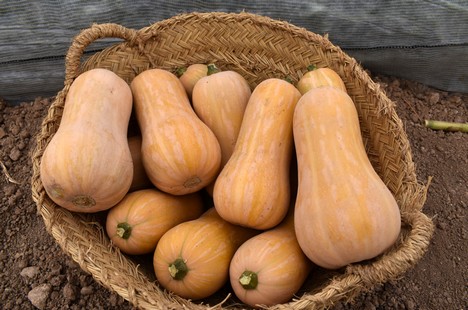 "In addition, it's much more attractive for European supermarket chains to be able to have a continuous supply and a homogeneous quality throughout the year, without having to go through the uncertainty long-distance shipments can generate regarding supply, quality, and costs," he added.

New varieties that improve quality, resistance, and productivity
Attendees of the Butternut Conference also had the opportunity to get to know first-hand the new varieties of Sakata Seed Ibérica in the San Javier test field, Murcia. "Our developments focus on increasing quality, productivity, disease resistance, and increasing the shelf life of pumpkin, thus meeting the needs of farmers, industry, supermarkets, and consumers," stated Joaquin Navarro, head of cucurbits development at Sakata.

The main production areas in Spain are Valencia, Murcia, Castilla-La Mancha, Seville, Cadiz, and Tarragona to a lesser extent. 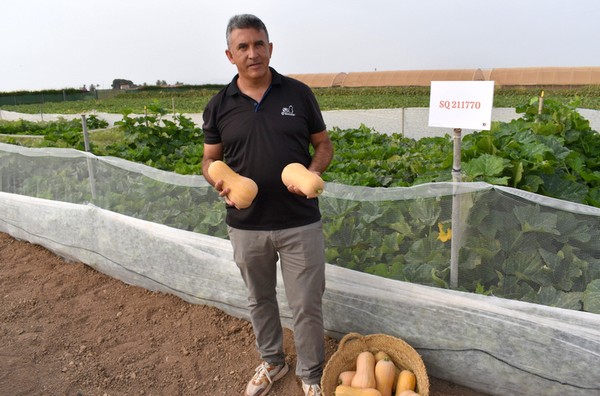 "Up until 4 years ago we did not have Butternut pumpkin varieties for Spain that covered the period from March to mid-June and the only solution for the chains to have a continuous supply was to import pumpkins from South Africa and Argentina, mainly. This changed with the arrival of the Estrella variety, with a thinner skin and more consistent meat that has a shelf life of up to 9 months and that perfectly complemented the Pluto and Ariel varieties, which have about 6 months of shelf life. The new varieties follow the Estrella patterns and offer higher sugar levels, long shelf life, and an intense orange pulp color, all of which is demanded by consumers." 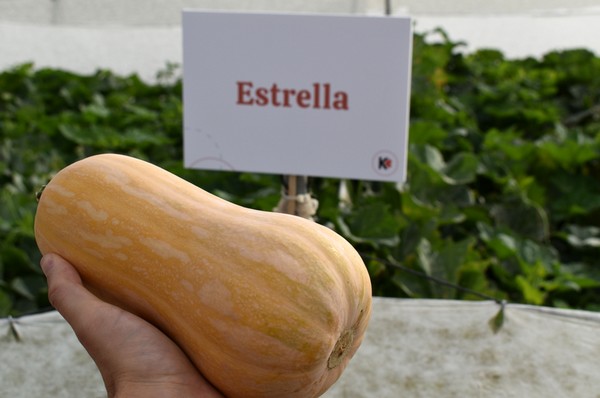 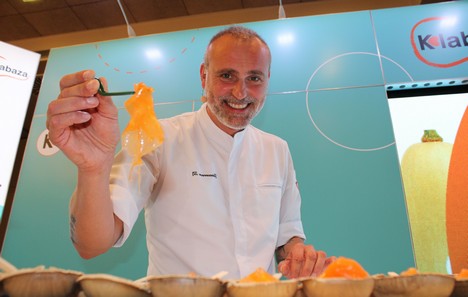 "It's essential that consumers who want easy-to-cook products know how versatile pumpkins are and that they can try it in different ways."