Tanguy Debiesse, of Royal: "A new segment for stone fruit with great visual appeal has been born"

The first variety of blood nectarine hits the market

The Sevillian company Royal, a pioneer in research and the development of new stone fruit and berry varieties for more than thirty years, has started the season with the launch of a new variety for its early stone fruit line which will be marketed under the brand Royal Sanguine ®. 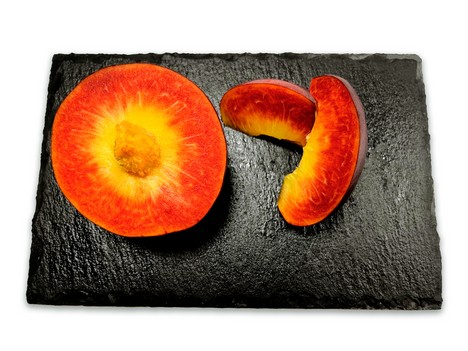 As its name indicates, and unlike yellow and white-fleshed nectarines, this new stone fruit is characterized by its great visual appeal. "This nectarine has an intense red color, both in the flesh and skin, and provides an explosion of (balanced) flavor. Our Royal Sanguine® is intended for the most demanding palates, those who are looking for that point of sourness that makes the taste sublime and indescribable," says Tanguy Debiesse, Royal's strategy director.

Royal has always stood out for its extensive and early campaigns in both stone fruit and berries. The first fruits will arrive this week in the European markets, as well as in the United Kingdom. "We are excited and impatient to see the impact of our Royal Sanguine® on the market," says Tanguy.

"As per our usual schedule, in late May we'll also have our non-specific plum varieties Pluot® and Metis®, whose sales continue to be an example of market segmentation, and with harvest figures totaling more than 8,000 tons this year," said the company's strategy director.

Regarding the weather conditions of this 2022, with frosts and hail that have affected some producing areas, Tanguy says that "despite this having been a difficult year, at Royal we have not suffered deterioration in our fields or crops, which has allowed us to maintain, and even slightly increase, our production levels and market supply."

"Our peach and nectarine harvest is currently in full swing, with much success so far. This, together with the good sizes and flavor we can offer, has allowed us, once again, to lead the early quality stone fruit market in Europe," he says.