Michigan is kicking off its asparagus season and is optimistic for a full season compared to a shortened 2021 season due to adverse weather.

“We’re finally receiving warmer weather this week from an otherwise cool spring leading into it. We started shipping yesterday in a small way with production out of Southern Michigan,” says Tyler Hodges of Superior Sales, Inc. based in Hudsonville, Michigan. He notes that this week, product that’s grown in southern Michigan will begin shipping while next week the major producing region in the West Central region of the state will begin. “Asparagus is usually a gradual ramp up to full production so it will still be pretty limited in production until mid to late next week. Then we’ll be hopefully be into full production from there on out,” says Hodges, who notes that Superior Sales has been representing Michigan asparagus for more than 30 years.

While southern Michigan is later to start this year--typically the region is two to three weeks ahead of the northern growing region--the northern part is on time. Production will go until July 1st. 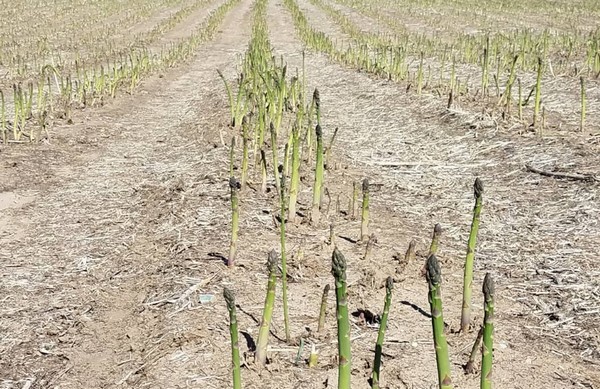 Short 2021 season
This looks to be a different picture from last year. “Last year was a short season. We had a damaging frost pre-season and we got into very dry, hot weather mid season so it was shortened and therefore had less volume overall. We’re working with similar acreage and just hoping for a full season with that,” says Hodges.

It’s also coming into the season with some investment behind it. “Michigan has grown to become the largest domestic source of asparagus and we’re aggressively investing in this program,” says Hodges. This includes a newly expanded packing shed complete with a new packing line. Superior Sales’ primary Packer American Asparagus located in New Era, Michigan also has a new hydrocooler onsite that will cool just-harvested product quicker for better shelf life. “We are also looking at increased irrigation in the fields to help combat any dry conditions that might be present,” says Hodges. 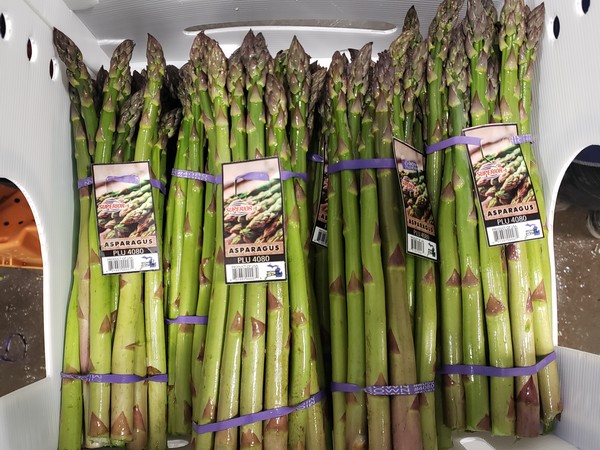 The switch to domestic supplies
With all of this, Hodges anticipates a season of strong demand.

“Import demand is softening because a lot of that business will shift into local/domestic deals such as Washington and Michigan programs,” he says, noting imports are coming from both Mexico and Peru. And with the start of the season ahead of the Memorial Day weekend, Hodges anticipates naturally strong pulls for the holiday weekend. In addition, Superior Sales’ Michigan location might even mean an advantage in freight costs given increased freight rates and fuel prices. “We do have a lot of business in and around the Midwest region for freight advantages not to mention the freshness of the product with less food miles,” says Hodges.

That said, asparagus pricing will be up this season. “Input costs in all commodities are up this year so we’re increasing pricing in a justified manner to combat those costs,” he says. “We have to be sustainable on the grow side for continued success in what we do and we look forward to a good season.”