Conventional shipping to the USA, taking a variety of citrus from the Western Cape, kicks off in two weeks, says Charles Gantz, managing director/CEO of Anlin Shipping, Reefer Alliance representative in South Africa. 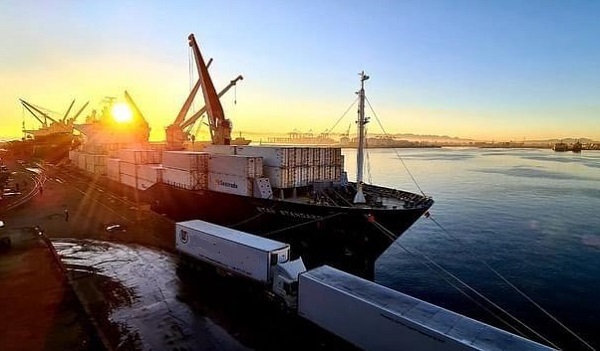 “The war makes the playing field much more difficult, there is a limited number of specialised reefer vessels and a lot of cargo,” he says. “With a vessel every second week, one for EU and one for Russia, so you just can’t take everything.”

A second reefer for Russia this citrus season, carrying predominantly grapefruit, lemons and a bit of soft citrus, left Cape Town at the end of last month for St Petersburg.

“We’ve loaded already three specialised reefer vessels from Durban and Cape Town in combination, and we’re busy with the planning of the fourth vessel to Russia. These Russian vessels take mainly citrus, with a small percentage of apples and pears.”

At the moment loading is done at the ports of Durban and Cape Town, with Gqeberha (Port Elizabeth) included from around week 23 (to be confirmed).

A specialised reefer vessel has been chartered out to take grapefruit to Japan prompted by a severe shortage on reefer containers to the Far East.

Late citrus season
He notes that the season in the north is late because of a lot of rain while the Eastern Cape hasn’t started yet.

“We haven’t really started yet with EU shipments, we hope to start around week 23."


He continues: “When the oranges come, it might be a different ball game. The pressure is still on charter lines and on prices.”

He reckons that South Africa will export much less citrus to its traditional markets than the industry’s current export estimates, given the increased costs of farming, trucking and sea freight in general.

“During the months of January till March of this year we managed to load five full, complete and very successful grape, stone and pome fruit vessels.”