"I remain sure that, for sweet potatoes, Morocco is the country of the future"

Ton de Leeuw has done some research into growing sweet potatoes.
"My project stalled, partly because of the pandemic, and I lost the little bit I'd done in Morocco. That doesn't mean I've been completely idle. My network has grown and become more interesting. Several companies and organizations approached me for information and possible cooperation. But, for whatever reason, nothing came of that."

"I've had a lot of time to consider sweet potato farming in Morocco. I'm still convinced that country is the future of sweet potatoes. But you have to be there yourself and have enough independent financing, I learned from Karel van Oers. I didn't heed him very well. I started with insufficient, borrowed money. I did learn a lot and achieved a few things," says Ton. 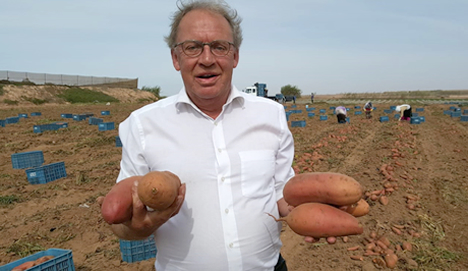 "For example, I put together a small team of very involved, knowledgeable people, which still exists. I also discovered the most interesting areas in Morocco. That country's big advantage is that it doesn't, or hardly, rains in areas with the right temperatures, which sounds strange."

"But you can drip irrigate much more precisely, giving the correct amount of water and nutrients at the times when the plant needs it. And thus, you have a far greater influence on the quality and the difference between first and second class," continues the experienced fruit and vegetable man.

"For instance, in Nigeria and Honduras, it rains on more than 70% of the days of the year, and more than 2,000mm annually. High temperatures and lots of moisture invite mold and rot. The correct temperatures and lack of rain, but sufficient clean groundwater, means I've developed cultivation methods that don't require large investments in storage for 'curing'."

"I could farm very eco-friendly in Morocco. You don't need many herbicides and fungicides, if at all. I know how to make and have made organic nutrients. Morocco's ecological footprint is smaller than other countries. That's partly because of the logistical advantages."

"It takes five days to ship from Morocco to Rotterdam/Antwerp plus the days in the ports, of course. But for a few euros per 100kg more, it can be trucked in three or four days. The regions I refer to have great potential to grow excellent quality, huge scale sweet potatoes in a highly competitive way," Ton continues. 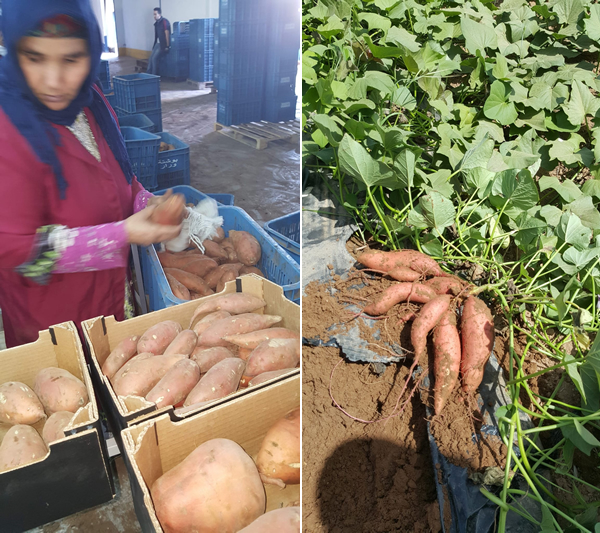 "I've developed techniques where, beginning with 10,000 in vitro seedlings, you can plant 100ha with sufficiently healthy plant material within a year. I visited Morocco in the summer of 2021 for the 50th time. That was either the last time or the first time of many more. Morocco isn't an easy country, but a lot is possible. That's why I don't want to give up yet. Of course, after all these years, I want to see the beginning of a success."

"I want to prove myself right. And prepare a future for my son Maikel. Maikel got his Bachelor's in international finance at the University of Nijmegen and is obtaining his Master's in organic farming at Wageningen. He will graduate in two years and wants to follow in my footsteps. That's if I've laid a solid foundation for a successful future for him. Also, I want my team to have a future," says Ton.

"Older readers from the potato world will know I used to work for Nestlé in the 1990s. I arranged partly multi-year contract crops of about 2,750 ha per year. And I played with price differences between first quality (The Bintje 50 mm+ variety for the french fry industry) and cheaper qualities (The Bintje 40/50 and good quality feed potatoes). In doing so, I kept the raw material factory price between 14 and 16 guilders per 100 kgs for ten years."

"That's, of course, every processing company CEO and CFO's dream - a stable raw material price. In Morocco, I expect to do even better. A raw material price approaching 0.0 per 100kg isn't impossible," adds Ton, who is writing a book about his life, his passion, and his potatoes. "I have so many great memories. But I'd like to add a few more from Morocco. Of people, of things, of beautiful moments," he concludes.