The impact of the recent California freeze on cherry pollination

About two weeks ago, parts of California experienced a four-day period where nighttime temperatures went below freezing, registering a low of 27°F. The freeze came at a time when some of the state’s cherry trees were in full bloom. Chris Medeiros with Meena Farms discusses what he has been observing in the days following this weather event. Observations are limited to orchards located in Western Merced County.

Frost control
“Although the duration of these low temperatures are unusual, we did see this weather event coming and were able to prepare for it,” he said. Frost control was employed in an effort to keep damage minimal. “We implemented pre-irrigation, which not only hydrated the root system but also allowed the soil to heat up during the day.” The company used either drip irrigation or sprinklers depending on the type of irrigation system set up within their various blocks. If given the choice, well water was preferred over surface water because it has a higher temperature. 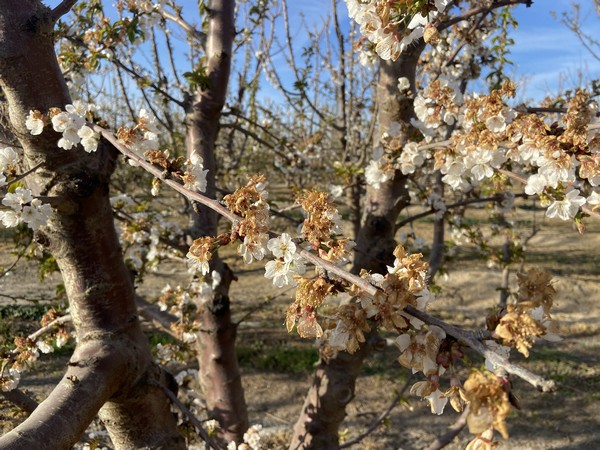 Limited damage
Two weeks after the freeze, Medeiros feels the frost control measurements made a difference. “To date, the damage to the trees and potential crop appears to be minimal,” he said. Nevertheless, the freeze came at a very critical time as some of the first early blocks on the farm reached full bloom February 10. Many of the company’s orchards were coming into bloom right when the freeze hit, around February 22. Medeiros has been inspecting the orchards and noticed some of the petals of the flowers are a bit discolored. However, the important parts of the flower, the pistil, stamen, and ovule look to have suffered minimal damage. “All in all, we feel very fortunate to only be finding isolated pockets of damage throughout our orchards.”

Overall, Medeiros is pleased how the orchards weathered this event. “It doesn’t seem like a fatal blow in Western Merced County, but at this stage it is too early to make any crop prediction. There is just a lot of time between now and the start of harvest, but we still see potential for a good year,” he finished. 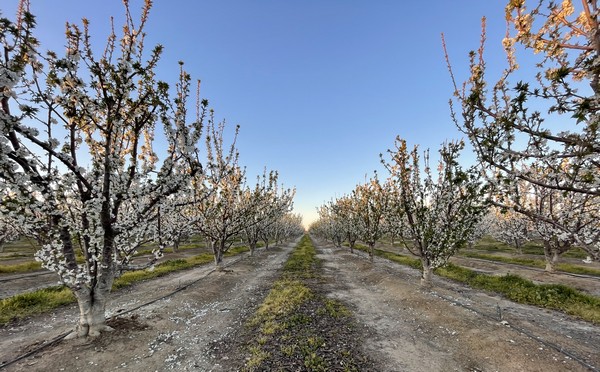