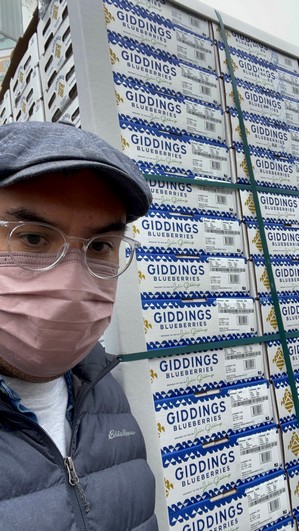 "We've already finished the blueberry season. We did a similar volume to China this year as last year. In addition to China, we have been actively diversifying our export markets by targeting Southeast Asian countries. Virtually the full industry has done the same; containers were scarce, cost were high," comments Gonzalo (金龙) Matamala from Giddings Fruit Asia and China. "At the beginning of the Chilean blueberry season, prices were quite good. Peru was going down in supply, and prices were strong. Until around the 25th of January, the blueberry market overall was hot."

"The week before Chinese New Year, the craze for cherries kicked in, and prices for blueberries started to drop slightly, from 120 yuan to 90 and lower. Since then, the quality of the fruit has turned softer, and sales started to dwindle. From that moment until today the market has been hard to move. At the moment, fetching better prices, are the remaining Peruvian blueberries."

Giddings Fruit is a large importer of South American fruits, specializing in Chilean and Peruvian berries and cherries.

The market for berries has started to shift. Peru has extended shipments until later in the season and increased the availability of its berries. Blueberry is a fast-growing domestic crop, with investments in blueberry production across China. Domestic production has started to enter the market earlier. Currently domestic berries have been on the market for four to five weeks.

An increase in production has taken place in Yunnan, where currently new farms are limited by the availability of land. Production is also moving to Chengdu and other, more Northern regions, in China, including Heilongjiang and Liaoning.

"Peru's blueberry season starts as early as July, with earliest berries arriving on the market in August. That's when local production is starting to slow down. Chilean berries are later. Some air freight can be started in September-October, but then there's a gap until December when the season really starts with sea freight. As a result, Chile's window of opportunity is shrinking; due to changes in domestic production and Peru extending its season." 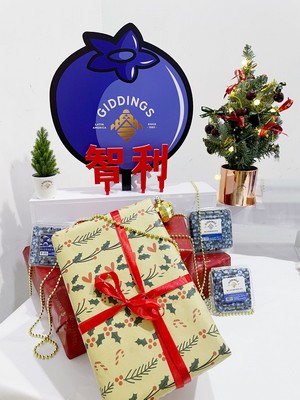 Peru is extending its berry production. In addition, its fruit is firm and lasting in cold storage, making it available longer for sales. Peru has also planted new berry varieties, designed to target the Chinese market.

"In China, three criteria are important: flavor, bloom and firmness. Peru's investments in its berry production have led to improved bloom and firmness. Flavor has also improved significantly over the years. The difference with Peru is that part of the production is mostly catered to supply the Chinese market. This is different to Chile, where big parts of the production are shipped to North America and Europe. Peru is doing with berries with Chile has done with cherries."