Australia’s ripening lychee industry
There are more than 250 lychee growers in Australia. Farms are located from Cooktown in the far north of Queensland to Coffs Harbour in New South Wales.

The high quality of premium Australian lychees means they are popular in global markets. Reliable supply is also a factor in global demand. Australia has the world’s longest production season. It runs for six months from October and March.

Australia’s lychee industry is set for growth. New plantings will likely increase production and exports by up to 20 per cent.

‘The industry has had quite buoyant prices for a number of years now,’ says Foley. ‘That’s encouraged newcomers to come into the industry.’ 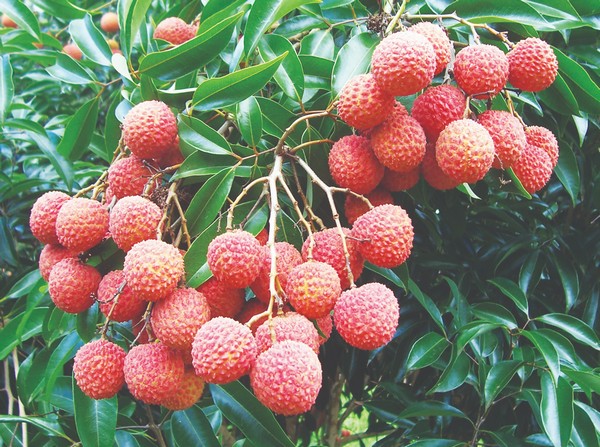 Exporters zero in on North America
Previously reliant on the Hong Kong and Chinese markets to supply the bulk of their product, Australian lychee growers are now zeroing in on their existing links into the US.

Consistent interest from the US market has allowed exporters of the sub-tropical fruit to align their operating models to alternative supply chains during the pandemic.

‘We’ve only been exporting to the US for about five years, but interest has remained strong,’ says Foley. ‘There’s a really robust market there now.’

Lychee growers in prickly position as flights suspended
The IFAM program was designed to reconnect airlinks for the movement of high-value, perishable goods. Since April 2020, it has helped to connect 9 Australian ports to 61 international destinations.

Foley is also the managing director of Bundaberg-based Electra Farmlands. The company has utilised IFAM flights from Brisbane to Los Angeles.

‘All our produce usually goes in the belly of commercial aircraft, so the moment that was taken away from us, it was concerning,’ says Foley.

He says IFAM has been critically important to his business. He estimates the program has helped support 45 jobs.

‘When the IFAM program came in it certainly helped relieve some of the pressure of moving our product,’ he adds. The IFAM program has really assisted us with being able to stay connected to our international markets.’

Minister for Trade, Tourism and Investment Dan Tehan said IFAM had ensured the aviation sector was supported during the COVID-19 pandemic, retaining Australia’s reputation as a reliable global trading partner.

“IFAM was introduced to give Australian businesses reliant on airfreight time to adapt to a new, tougher international trade environment,” Minister Tehan said.