January could prove to be an interesting month for organic apples.

“We’ve moved briskly on organic apples and generally January kicks off with healthy month eating where there’s more robust demand on organics,” says Dan Davis with Starr Ranch Growers based in Wenatchee, WA. “So having such good movement heading into that, there’s a lot of promise where that’s headed.”

After all, the 2021-2022 Washington crop on organic apples was a tighter crop. “It suffered from the heat stress this past summer and it hit organics more than the conventional side,” says Davis, who notes this was anticipated somewhat given the lack of tools available for storage, especially long-term storage, of organic apples. “Everybody wasn’t sure what to expect with that degree of heat given how early and prolonged it was. Nobody had ever seen that.” 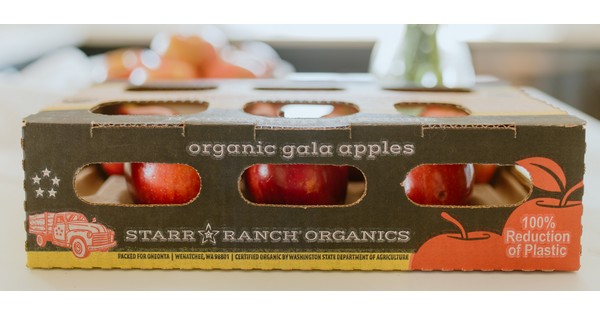 Varietal notes
In turn, organic apple supplies continue tightening up. “The earlier harvesting varieties seem to have been harder hit than later harvesting varieties. Gala is down significantly and we have concerns on conditions so we’re running pretty rapidly on Galas, which are the first variety we harvest,” he says. Conversely, Pink Lady apples, the last variety to be harvested in later October-early November, seem to be less affected. “So we have a fairly robust crop of Pink Ladies and we’re shorter and shorter on organic Galas,” he says.

At the same time, demand is also strong on organic apples with consumption continuing to grow annually. For Starr Ranch, it undertakes a three-year transition generally where organic crops are expanded and in turn, demand grows to follow that increased production. “So we’re in the building footprint phase where this year we’re seeing that demand has caught up quite a bit with where our production went,” he says. 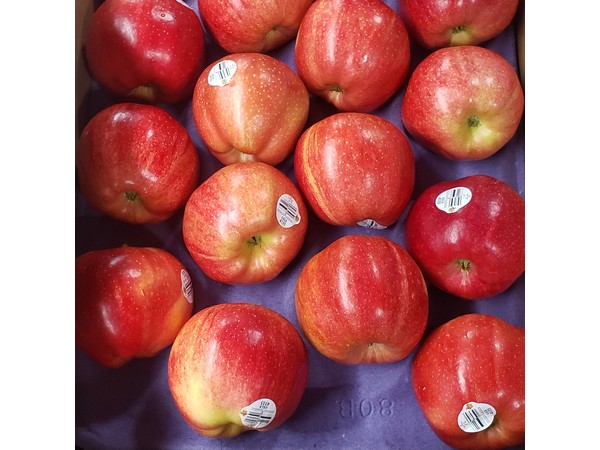 Moving to imports
Given that, when supplies switch to import organic apples may be up for revisiting. “Considering where the crop stands being down and we’re moving similar or greater quantities week after week, our concern is how we ensure our long-term supply,” Davis says, noting Starr Ranch is working with retailers and its producing partners in South America and New Zealand on potential transition dates and how to ensure that process goes smoothly. “Moving into imports will depend variety by variety. Galas we will look to pack into May but we’ve got some work to do to slow down our pace in packing because with demand, it’s going to be tough to stretch that out,” says Davis. “The other factor is the global shipping situation and whether we’ll be able to have fruit off boats. All of those factors need to be considered.”

Not surprisingly, pricing is increasing on organic apples. “It’s difficult for pricing not to. The costs of production has gone up. Everything is inflating and our labor once again will go up Jan. 1 in Washington,” he says. “While it’s perhaps not happening fast enough for our growers, we also have to work with our retail partners because someone’s got to pick the fruit up off the shelf and afford to eat it. And I think pricing will continue to rise month after month.”