Australian mango supply ramping up ahead of December peak

With harvesting starting to ramp up in Northern Queensland regions, the Australian mango industry is heading towards its busiest time of the season.

In this week's crop forecasts from the Australian Mango Industry Association (AMIA), there were 436,000 trays sent to market in the past week, which was an increase on the 398,000 trays sent the previous week. The main supply came from Katherine in the Northern Territory, despite the region experiencing a few rain events over the past week.

"Some growers of Kensington Pride and R2E2 are slowly approaching the end of the season, while Calypso is still in full swing and Honey Gold volumes are on the rise," the AMIA said, in the My Mango report.

The season in Kununurra is winding down, as some growers have finished for the season and others are expecting to finish within a week or two. Around 22,000 trays were sent to market last week, down slightly from the previous week.

Queensland's Bowen/Burdekin has just finished its sixth week of harvesting as supply reached 128,000 trays, which is forecast to rise in the coming weeks as Kensington Pride numbers are expected to increase. However, R2E2 varieties will remain steady, as some growers of the variety have finished harvesting. 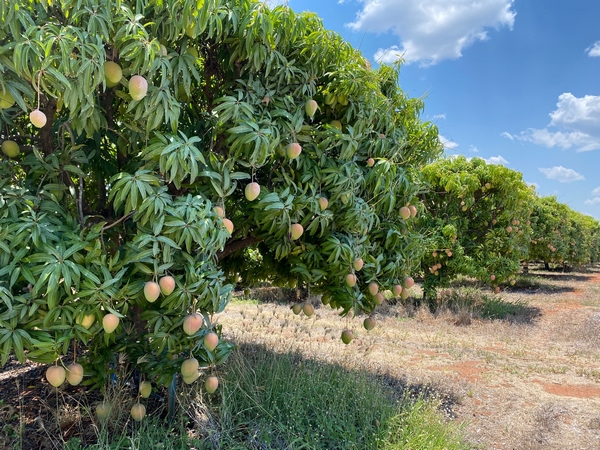 Kensington Pride volumes in the Mareeba/Dimbulah region are also starting to increase with more growers starting to pick, with the peak expected in 3-4 weeks, which coincides with the national December peak, ensuring plenty of mangoes available for Christmas nationally.

In South East Queensland, fruit is growing well, but the AMIA says multiple flowering events experienced by growers will provide some logistical challenges for picking. It is a similar story in Western Australia, with both regions expected to start harvesting within a month.

"The Carnarvon region has experienced a cold winter, triggering heavy flowering," the AMIA said. "There have been unusually cool temperatures and cold winds over the past few weeks, but the days have been warming up lately. The fruit is developing nicely, and in some orchards, the fruit has now reached the size of a tennis ball. Last season was an early one, but this season it seems to be back to usual timing, with picking expected to start around Christmas time." 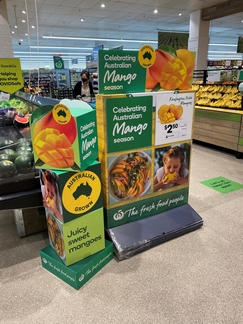 "I am very excited that we will lead this initiative," he said. "This project will tie in with all the other work we are doing for Australia’s Mango Industry, together with our industry partners, that all aim to build and secure the industry’s future," he said. “The AMIA team is focused on working hard for our industry - the growers, retailers, consumers - everyone in our supply chain, to deliver great-tasting fruit.”

“I am excited to have Andrew join our team and have no doubt that he will deliver great outcomes for mango industry stakeholders and will be an asset to our team," Mr Kelly said. "He has a wealth of experience in marketing and sales roles. Andrew will be able to build on the fantastic work that Hort Innovation has been doing to get the project up and running this season."