How the Coachella, California, growing region is unique

It’s that time of the year in California when the Coachella Valley gets its chance to shine as a growing region.

As Jeff Percy, vice-president of desert production for Ocean Mist Farms based in Castroville, CA (with a satellite office and cooling facility in Coachella) points out, there are unique aspects to this growing region located on the North side of the Salton Sea. “It’s an isolated 50,000 acres and it’s basically below sea level. We are closer to Los Angeles and main freeway networks than some of the other winter vegetable growing regions,” says Percy. “The area is also one of the first regions to adopt drip-irrigated fields on commodities such as peppers and lettuce.” 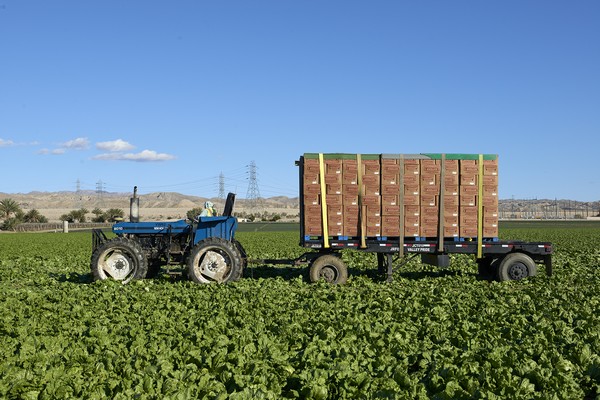 He notes that some 30 years ago, the area had significant grape growing acreage. “It’s since mostly moved to Mexico. Coachella is now known for dates and citrus,” says Percy. And of course, vegetables which is what Ocean Mist Farms grows. “There are only about 20,000 acres of vegetables here whereas the Imperial Valley or Yuma have a few hundreds of thousands of acres. Because there are less acres of vegetables, we don’t have the pressure of insects or disease like other growing regions.”

Ocean Mist is a few weeks away from its crops including its Desert Globe artichokes. Percy says it grows about 600 acres of artichokes and also coming along in a few weeks are broccoli, cauliflower, celery, mixed lettuce, spinach and fennel. The area will stay in production until about April 1, after which crops move back to Ocean Mist Farms Castroville/Salinas growing region.

Grower-friendly weather
And despite the challenges the state has seen with heat this season, the crops in Coachella will likely get going on time this year or slightly earlier. “Compared to the last few years I’m happy with the way the weather has been. The last three to four years it’s been hot until November which is our growing period to start those crops. This year September and October have been really mild so our crops are off to a good start and not bunching up as much,” Percy says.

That said, drought touches growers in multiple regions in a variety of different ways. For instance, the desert vegetation has become minimal because of the drought and that is drawing birds to lettuces and other field crops. In this case, Ocean Mist Farms’ food safety teams have armed its production team with tools to mitigate bird damage. 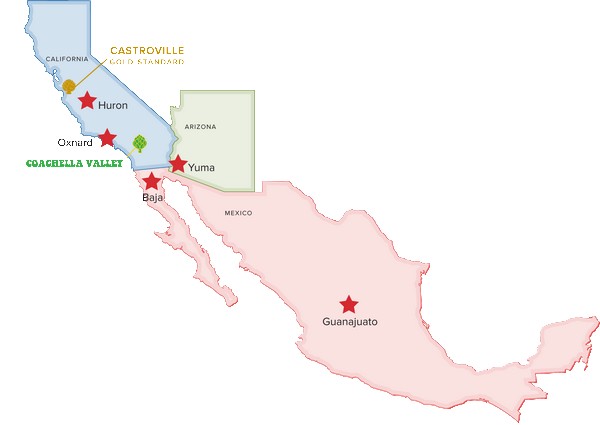 However, there’s a sense of optimism around the region’s management of the California drought. Percy says the Coachella Valley Water District has recharged its aquifer for the region. “This region has done an amazing job recharging the aquifer plus we have well water in Coachella to back up our Colorado River water,” he adds.

And as Ocean Mist looks ahead to the winter season, Percy says the Coachella Valley is in full production for an excellent 2020/21 growing season to produce some of the best quality vegetables.