The South African Valencia campaign is winding down, as the last fruit is being packed in the Western Cape and a large volume of Valencias are still on the water to the East. There are packed Valencias from the Eastern and Western Cape waiting for containers; the availability of containers has played a major role in the Valencia season. 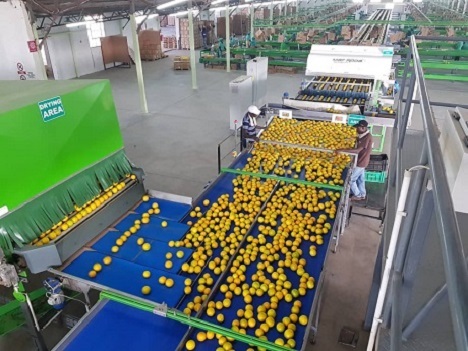 Valencia marketing window reduced by over a month
“Of the twenty seasons I’ve been involved in the citrus industry, this was quite comfortably the most difficult season,” says a grower-exporter.

Last year the Northern Hemisphere orange season ended early and the market was really short on oranges, which was the main driver behind 2020’s stellar orange campaign.

This year, those markets were full and South African growers were taken by surprise at the length of Egypt’s Valencia campaign. Egypt remained in the market well into July and August, marketers say, shortening South Africa’s marketing window by up to six weeks.

Logistics were a major constraint and the supply chain was delayed by two to four weeks, a highly problematic scenario when all of South Africa’s Valencia-growing regions are packing their peak volumes between weeks 32 and 38.

Arrival times were not in the same weeks as usual and a large volume of Valencias arrived in Europe shortly before the end of the duty-free period for South African oranges on 15 October; usually exporters are able to stagger their late arrivals over at least the preceding month to leave an adequate number of sales weeks before the start of the Northern Hemisphere season.

Shipping lines avoided Chittagong, Bangladesh, due to congestion and a container shortage, and especially during the peak of the Valencia season Bangladesh’s absence as a buyer of small fruit was felt.

From the start, consumption and sales of oranges weren’t quite as strong last year; the potent vitamin C-citrus wave is over, marketers say, as the overriding narrative seems to focus more on vitamin D and zinc and as the vaccine rollout makes consumers feel safer and decreases the perceived imperative of healthy eating.

“The shorter marketing window and a world economy under pressure meant it was a very difficult season for South Africa, and then you throw logistical challenges into the mix, plus the July riots followed by the cyber attack, and it made it almost unplayable. It was a perfect storm.”