Melon movement even throughout North America

Supplies of melons in North America look to be steady.

Elizabeth Smart, melon category manager of Nogales, AZ-based Divine Flavor said organic seedless and mini watermelons are good out of Nogales and should remain that way through U.S. Thanksgiving next month. “The supplies are about the same as last year or slightly less,” says Smart. “California has wrapped up its melon program or they have very little left at least.”

Meanwhile supplies of organic and conventional cantaloupe and organic and conventional honeydew melons have begun production out of Mexico and Divine Flavor will start next week. “It’s been a little cooler in the northern Mexico region so the harvest has been pushed off for a little bit. For us, it’s starting about a week to two weeks later than normal,” says Smart. She does add that both types of melons will have about the same to slightly less production compared to last year. “Last year’s markets with melons were a bit challenging during this time so I think people pulled back somewhat,” adds Smart. 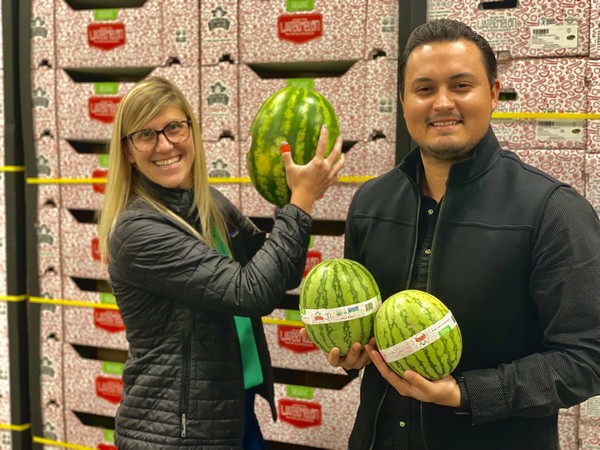 The effects of cooler temperatures
As for demand, Smart says it’s good for now on melons. “As it gets cooler in the buying regions, melon demand starts to slow down,” she says. “But demand, especially in some of the warmer climates around the country for the winter, does continue to pull melons consistently. We’ll see consistent demand through the fall.” While Divine Flavor does offer a fall melon program, its key melon program is in the spring and moving towards summer--typically watermelon sales especially tend to grow as the temperature outside heats up.

As for pricing on the organic melons, Smart says it’s average. “It’s a little higher than last year--the markets have been good. But I see pricing leveled out so I think it will stay where it is,” she adds.