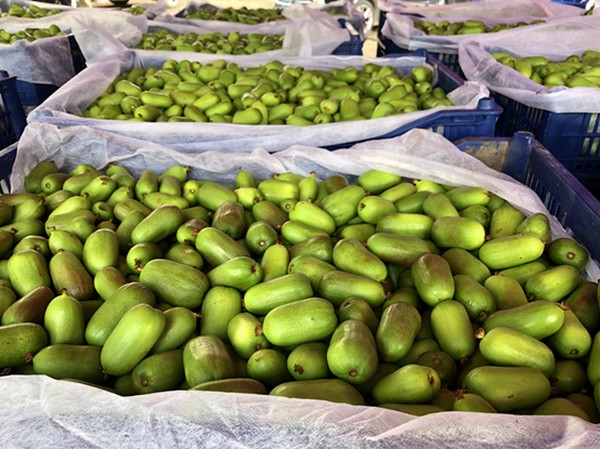 "Chinese kiwi berries generally enter the domestic market in large volumes between the 5th of September and the 1st of October. The harvest season is now already over. Kiwi berry plantations along the coast suffered from excessive rainfall and typhoons. Some of the berries fell from the trees, but their volume was small. The rate of mature fruit is only around 70%-80%, but the product quality is great and the fruit peel does not show signs of harm from extreme weather conditions or plant diseases."

"Kiwi berries are a small-scale fruit. They accumulate sugar quickly and have a short shelf life," explained Mr. Xie. "The overall surface area devoted to the plantation of kiwi berries is small, the production volume is limited, and so the price does not fluctuate much. The kiwi berry is a small berry with a high vitamin C content. The kiwi berry can have laxative effects and reduces inflammation. The average retail price is around 50 yuan [7.74 USD] per 0.5 kg. Some high-end supermarkets sell premium kiwi berries in exquisite gift boxes for 40 yuan [6.19 USD] per 250g. The purchase price of kiwi berries is the lowest prior to the 1st of October when all the kiwi berries enter the market at the same time. In the rest of October the price gradually rises." 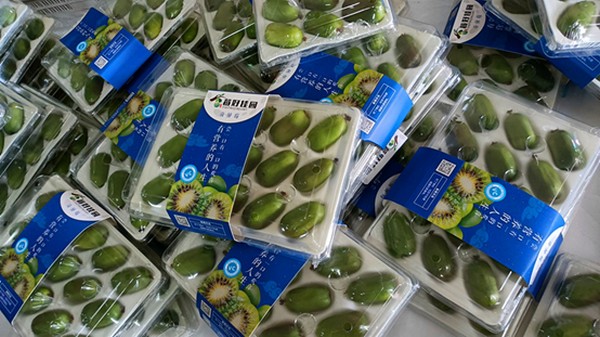 "Last year the overall surface area devoted to kiwi berry plantation reached 8,400 hectares. That is more than in the year before. Still, the overall surface area is limited and the supply volume primarily goes to high-end supermarkets in first-tier cities. Kiwi berries are not commonly seen in regular supermarkets. Even in major cities such as Beijing and Shanghai the regular supermarket customers are unfamiliar with kiwi berries. That is not just because the production volume is small. The kiwi berry industry struggles with several unsolved problems related to harvest, storage, preservation, and transport." 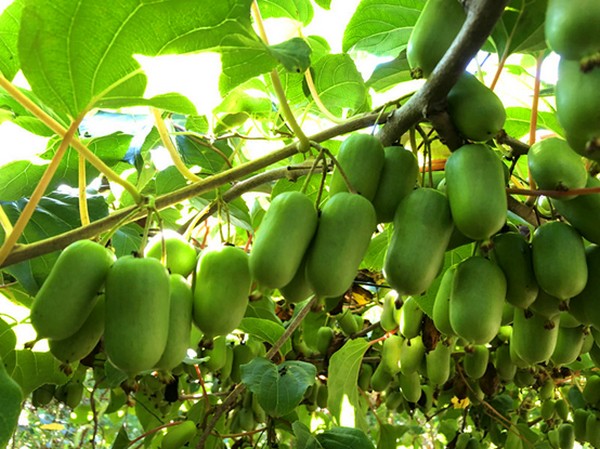 The Berry Good Orchard was established in 2009. The company team initially introduced kiwi berry varieties for production, but in 2012 they began to research and develop their own cultivated kiwi berry varieties. The orchard now produces almost all of the common kiwi berry varieties in the market, such as Kuilu, Haijia, Chenglong, Orchard No. 3, 133, 241, Yisai, Bingdian, and Chiyan. These varieties come in different shapes, such as round kiwi berries, elliptical kiwi berries, and short round kiwi berries. The kiwi berry is a fruit that continues to ripen after the harvest. The color change takes place in the final stage of the ripening process. In addition to red varieties, there are also late-season dark red varieties that absorbed more sunshine. And, when the difference between temperatures at night and during the day is larger, the color on kiwi berries is more even, and the flavor is sweeter. 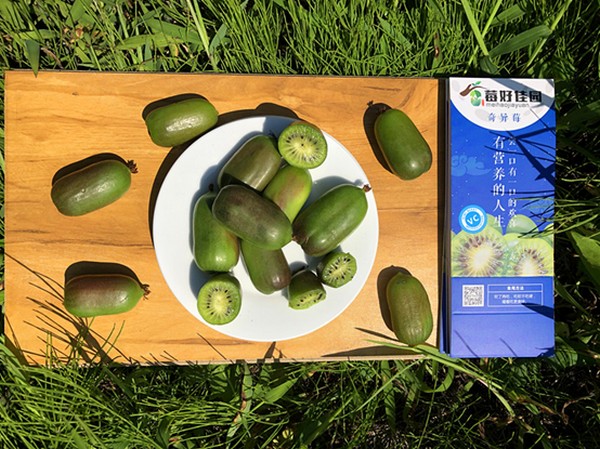 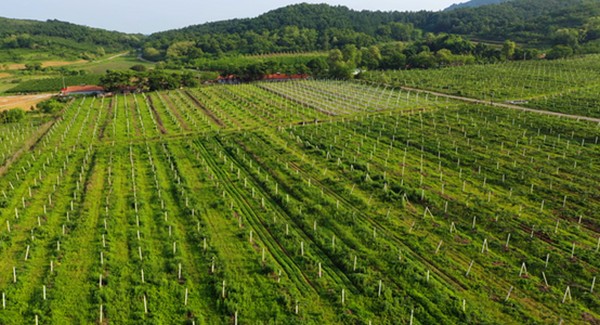 Berry Good Orchard began a project to assist ecological agriculture in economically impoverished areas. As part of the project Berry Good Orchard constructed model orchards in Liaoning, Hebei, Shanxi, Hunan, and Gansu. Through these orchards they promoted an integrated approach to plantation, management, and marketing. This is how Berry Good Orchard promotes the ecological development of the Chinese kiwi berry industry.

"The domestic production volume of kiwi berries is much smaller than the market demand volume. Kiwi berries have high added value, and they can be processed in a variety of ways to produce dried fruit, ice cream, fruit juice, fruit-flavored tea, etc. There is a high demand for kiwi berries. We hope to industrialize the production of seedlings and offer more farmers and consumers the opportunity to familiarize themselves with the huge potential of this fruit."