First effects of the storm

A storm in the Valencian Community affected more than 20,000 tons of persimmons and citrus fruits

This week's storm in the Valencian Community has already had its first effects on agriculture. According to a provisional estimate of the Valencian Association of Farmers (Ava-Asaja), which was carried out in anticipation of new rainfall in the coming days, the rains have been generally beneficial for all the crops that haven't been harvested yet - citrus, grape, olive grove, persimmons, rice, vegetables, etc.– because they help to clean the plantations, improve the size and quality of production, save on irrigation, and recharge the aquifers. However, hail has caused damage of up to 100% of the harvest in specific areas, which translates into direct losses of nearly 8 million euro. 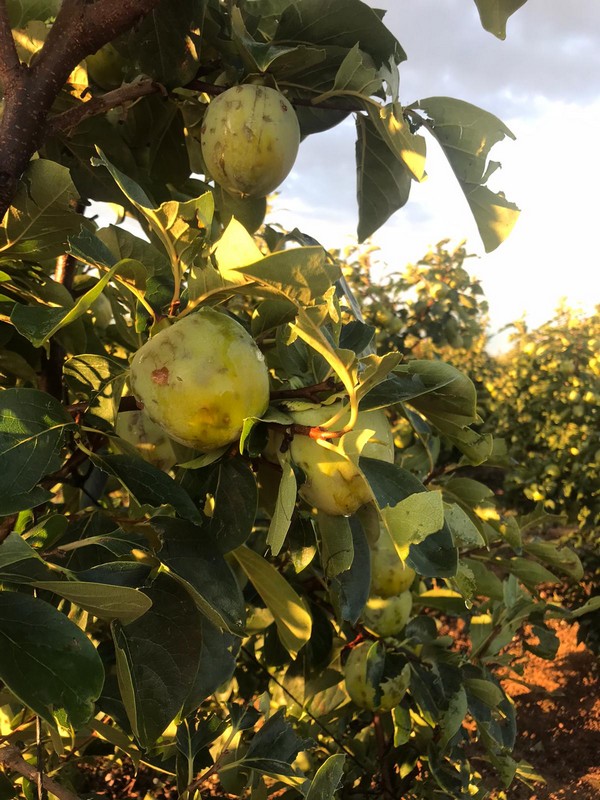 According to the delegate of Ava-Carlet, Fernando Hervas: “The hail has mainly affected the fields that weren't so affected by the cotonet. As a result, between the plague and the hail, Carlet will only produce half of the persimmon it planned to. We'll discover the real damage to citrus crops as the days go by. Producers will have losses, but we must also need to take into account the wages that are going to be lost.”

The area of Requena, especially the district of San Antonio, was also affected by the hail and some vineyards had losses of up to 50%. The intense rains have also caused landslides and damage to agricultural infrastructures in the south of Valencia and north of Alicante, which registered more accumulated water. Fortunately, the damages were not generalized. The storm also paralyzed the harvesting of early citrus and persimmon varieties.

Ava-Asaja asked the administrations to implement direct aid and fiscal measures aimed at alleviating the losses suffered by farmers affected by these climatic adversities in an agricultural year that has had a high accident rate.